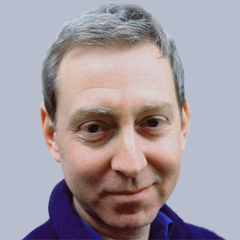 Over the years, I’ve written many times (some would no doubt say ad nauseum) about the Washington Post’s endorsements in Virginia Democratic primary contests, general elections, etc. Actually, I shouldn’t say “the Washington Post,” because since I started blogging in 2005, to my knowledge it’s basically been one guy, Lee Hockstader. Here’s what I wrote last May about the Post’s/Hockstader’s upcoming endorsement in the 8th CD Democratic primary.

I’ve been referring to the “Post editorial board,” but the reality is that when it comes to Virginia, it’s really just one guy who makes the endorsements. That would be Lee Hockstader, a long-time foreign correspondent for whom Virginia politics is apparently a foreign country. I mean, seriously, when was the last time anyone’s seen Hockstader at a political event – debate, JJ dinner, whatever – here in Virginia? Personally, I’ve covered hundreds of events over the years (not to mention meeting with dozens of candidates and elected officials for interviews and informal discussions), and the last time I saw Hockstader was at a Webb rally in Arlington back in 2006 (again, he endorsed Miller in that election, so he clearly wasn’t impressed with Webb’s grassroots appeal or message). Also, I’ve heard over the years that the endorsement process for the Post isn’t exactly the most thorough or rigorous, but is basically more of “we know who we want to endorse, why spend the effort finding out about the other candidates?”

Finally, as I wrote last October, I’d just add that I have trouble understanding why Virginia Democrats – particularly challengers – like to tout the “Washington Post endorsement.” For starters, it’s really just one guy (Lee Hockstader) who spends minimal (if any) time or energy covering Virginia politics. Also, there’s not much evidence, other than perhaps the Creigh Deeds endorsement in 2009, that the Post has any “juice” in Virginia elections at this point. Regardless, it’s likely that Lee Hockstader (er, the Post) will make an endorsement in the 8th CD Democratic primary soon enough…one thing’s for sure: if Hockstader et al believe (for whatever reason, correctly or incorrectly) that the person is too “progressive,” “liberal,” or any other synonym for those you can think of for those deadly (in the Post’s center-right worldview) adjectives, it would be a massive shock if Hockstader/the Post endorsed them.

Now, a year later, it’s that time of year again, and I’m personally bracing myself to see who (corrupt conservadem) Dick Saslaw et al. instruct Hockstader to endorse this time around. For instance, in the Democratic primary for State Senate in the 29th district (to replace longtime incumbent Chuck Colgan, who is retiring), I’d be STUNNED if Hockstader endorsed anyone but the handpicked candidate of Saslaw and Company — Jeremy McPike. Which is Hockstader’s right to do, of course, but everyone needs to understand a few things about said endorsement: 1) it won’t be based on Hockstader having done any serious, sit-down, or at-length interviews with the candidates; 2) it won’t be based on Hockstader attending any events – JJ dinners, debates, campaign kickoffs, whatever – in that district (or any other district, for that matter); 3) it won’t be based on a careful analysis as to which candidate would be most electable in November; and 4) it won’t have anything to do with the candidates’ positions on the issues. With regard to point #1, I hear that Hockstader calls around, asks a couple of perfunctory questions, and basically calls it a day. Box having been checked, Lee’s work is done; expect the endorsement of whoever Dick Saslaw tells him to endorse (in the case of the 29th, almost certainly Jeremy McPike) any time now. Just don’t put any stock in the endorsement whatsoever, particularly given the Post’s disdain for progressives, liberals, grassroots activists, or anyone who might buck the powers that be.

UPDATE Saturday morning: Hockstader has put up his endorsements for Alexandria Mayor, Arlington County Board, and the Mt. Vernon and Mason District Supervisors races. Whether you agree or disagree with these (personally, I am fine with Bill Euille being reelected, given his two opponents really not offering any serious alternative; I’ve also endorsed Peter Fallon), none – with the possible exception of political newcomer Katie Cristol – are in the last bit surprising. More to the point, has anyone seen Lee Hockstader at any of the Alexandria Mayoral debates, Arlington County Board debates, or Mt. Vernon Magisterial District debates? Uhhhh.