These results – and tweets by PPP Polling – are funny and/or interesting on several levels: 1) by a 65%-12% margin, even Virginia Republicans don’t think that former Gov. Jim “No Car Tax!” Gilmore should run for president; 2) “Poor Pataki” – lol; 3) the concept that “pro-Confederate flag Democratic primary voters” is Jim Webb’s “base,” and that Webb’s trailing Hillary Clinton by 42 points even among them!; 4) Webb trails Bernie Sanders by 6 points for second place, even though Webb used to be…you know, U.S. Senator from Virginia (yikes); and 5) Clinton leads Webb by 76 points among African-American primary voters in Virginia – you mean they don’t like Webb’s enthusiasm for the Confederacy? Who would have ever guessed it? LOL 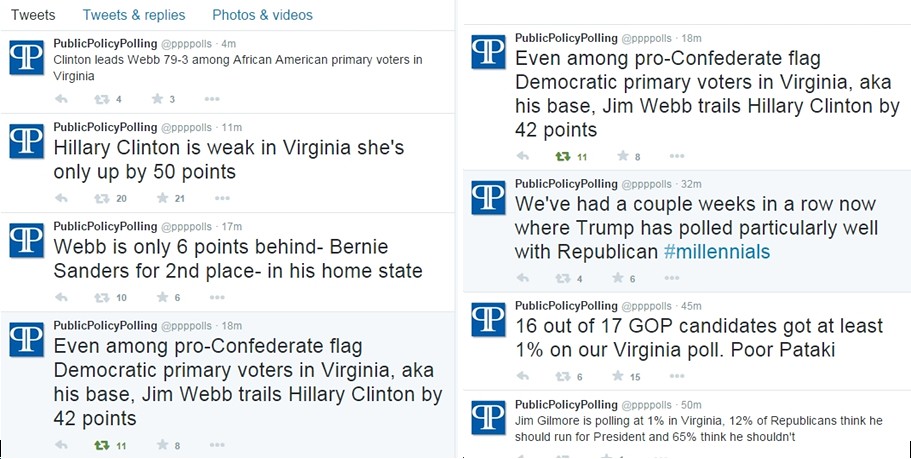