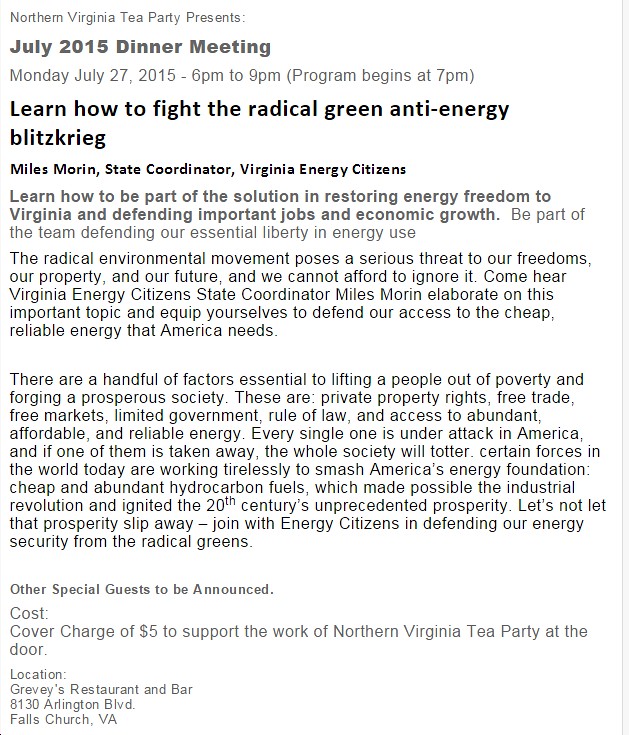 At least theoretically, a populist political movement is supposed to be skeptical, or even hostile, to things like out-of-control corporate power, taxpayer-funded corporate welfare, and the undue influence on our politics of the super-wealthy and well-connected. Yet the “Tea Party,” which I’ve seen referred to in the corporate media many times as some flavor of “populist,” has consistently been anything but populist, anything but anti-corporate, anything but working for “the people” over “the powerful” or whatever real populist movements do. To the stark contrary, as the invaluable SourceWatch explains:

While promoted as a spontaneous “grassroots” movement, many of the activities of Tea Party groups were organized by corporate lobbying groups like Freedomworks and Americans for Prosperity…

In an article in the August 30, 2010 issue of The New Yorker magazine, author Jane Mayer links the billionaire brothers David Koch and Charles Koch, owners of Koch Industries to tea party movement funding…

Reports indicate that the Tea Party Movement benefits from millions of dollars from conservative foundations that are derived from wealthy U.S. families and their business interests. It appears that money to organize and implement the Movement flows primarily through two conservative groups: Americans for Prosperity and FreedomWorks…

Media Matters also lists the Sarah Scaife Foundation as having given a total of $2.96 million in funding to FreedomWorks. The Sarah Mellon Scaife Foundation is financed by the Mellon industrial, oil, and banking fortune. The Claude R. Lambe Foundation, also controlled by the Koch family, has donated more than $3 million to Americans for Prosperity…

The Tea Party has also gotten substantial support in the form of promotion from Fox News Channel and its talk show hosts, including Glenn Beck.

In sum, Tea Party members might falsely believe that they’re fighting “the man,” but in reality they’re just tools in a high-stakes game for the benefit of millionaires, billionaires, oil companies, etc. I believe the phrase (ironically) that applies here — “useful idiots” – is one that used to be attached to “fellow travellers and other revolutionary communist sympathizers during the Cold War.” Today, with the Cold War over, I’d argue that the more appropriate use for that phrase is towards the Tea Party and other right-wing, faux-“populist” groups that serve as nothing more than unwitting/witless “propagandists for a cause whose goals they are not fully aware of, and who are used cynically by the leaders of the cause.”

Case in point: the Northern Virginia Tea Party’s invitation to a speaker from “Virginia Energy Citizens,” the job of which is to bash wind and solar power while pimping for the continued trashing of our planet by dirty, dangerous, expensive coal and oil. Check out the “Energy Citizens” fossil fuel propaganda site, and the key to the entire charade can be found in the lower left-hand corner, where you’ll find hidden away, in small print and almost unreadable (as if they’re ashamed or something), the words “Supported by American Petroleum Institute.” Also check out SourceWatch’s page on “Energy Citizens”, and you’ll learn the facts:

*This is “a front group backed by the American Petroleum Institute, the main trade group and lobbying arm of the oil industry, to fight climate change legislation currently working its way through Congress”

*”The official website describes the group as a ‘nationwide alliance of organizations and individuals formed to bring together people across America to remind Congress that energy is the backbone of our nation’s economy and our way of life,'” but “a look at the participating organizations…shows a long list of oil, coal, and transportation interests.”

*”Hundreds of people attended its first rally in Houston. However, most were oil company employees, who were bused in at lunch time from their nearby offices.”

It would be utterly laughable if it weren’t so godawful. Actually, why don’t we just laugh at these people, because in the end, that’s all they deserve – mockery. Check out the parody video of their Orwellian ad campaign, which purported to show real Americans extolling the virtues of drilling, mining, etc. Of course, these people are all paid by the oil industry for their efforts at furthering the profits of ExxonMobil, Chevron, etc., while trashing the planet in the process. Not sure how they sleep at night or live with themselves, but then again, they are “useful idiots” so what else would you expect?