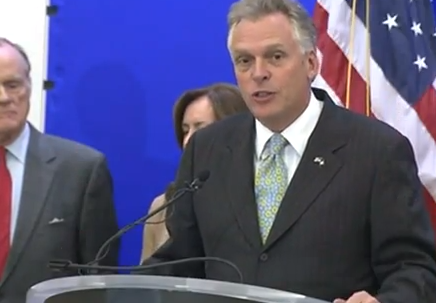 Time was when I couldn’t wait to move to NC, especially for family and my new location. It didn’t hurt that I’d leave behind then-Governor Ultrasound, the House of Delegates, and the repeated concern that one day Cuccinelli would actually get elected Governor. Good bye to the politically vicious US Rep. Morgan Griffith. (How did the 9th ever think that was a good idea?). In NC I was about to have a Democratic Governor, Lt Governor and AG.  And the NC House was a bit more sane than Virginia’s. Adios Bob Marshall. Whoopee! 2012 changed all (the political part of) that.

We had barely arrived when we got gerrymandered out of Democrat US Rep. David Price’s district and into the district of then Tea Party darling, Renee (Ellmers, friend of Sarah–yep Palin campaigned for her). NC revoked its state voting rights act, lifted the moratorium on fracking, and set out to destroy virtually all the progress of the last 100 years. It conjured up the most creative and misanthropic “voter ID” bill (Voter ID was just the subterfuge). The Tea Party “had to destroy the state to save it.”

In short, despite the fact that I still love NC, we have become a national embarrassment. Out with an unpopular Gov. Bev Perdue (and markedly better one than what we have now). Instead we got Pat McCrory, a former Duke Energy exec and living proof that being a mayor doesn’t necessarily qualify one for the Bigs. He’s a caricature of a governor who accomplishes nothing except licking the boots  of big donors, and whom no one respects however often he furrows his tiny little brow and tries to act serious and intelligent.

Last week he wept (yes, really) at at the resignation of wealthy donor/physician whom he had appointed to wreck Health and Human Services. She did not disappoint (him). Singularly unqualified and ideologically wingy she made an incredible mess. But, hey, it is “only” human lives lying in ruin. So, weep Mr. Governor, but not for Aldona Wos.

He also misleads–about everything. If he promises something, he will not deliver. The women of NC know better than to ever trust the man who is now Governor Ultrasound, Jr, but promised otherwise.

Virginia, on the other hand, since 2013, has a governor who is surprising (for the better) even those (such as myself) who supported him the first time he ran, but lost. Except, perhaps, for his less-than-stellar record on moving beyond coal, oil and gas, Governor McAuliffe is proving to give us down here a real case of “Governor Envy.”  And you got a budget in a timely manner too. We still have none. Additionally, never underestimate the power of the governor’s veto pen, or the value of having an excellent AG. McAuliffe has shown himself to have the diplomatic skill balanced with feisty courage needed to get things done.

What’s the relevance, you ask? Why tell you this? You know the cliche is true: Elections have consequences. You have such an important election coming up this fall. Things are on the upswing in Virginia. It’ no time to become complacent (or pessimistic either). The Virginia Senate hangs in the balance. And there is a glimmer of hope you can possibly take the House.

I keep getting requests for money by email, snail mail and by phone, even, from Virginia candidates. If we are ever to fight back against the Kochs and their NC buddy in Ayn Randian-Bircher-Tea Party-extremism, Art Pope, we need to focus closer to home where my donations belong.  What I can do is write about them, as I will in coming weeks. What affects Virginia, our neighbor to the north, is still very important to me.

You already know every election matters. Especially yours in 2015. Please donate to your candidates. Register voters. If someone gets inappropriately knocked off the voting rolls, help legally get them back on. Get them to turn out. Shine a strong light on and resist any inkling of vote suppression by the other side. You know it’s true: When Democrats turn out, they win. Come on Virginia, give us down here hope.