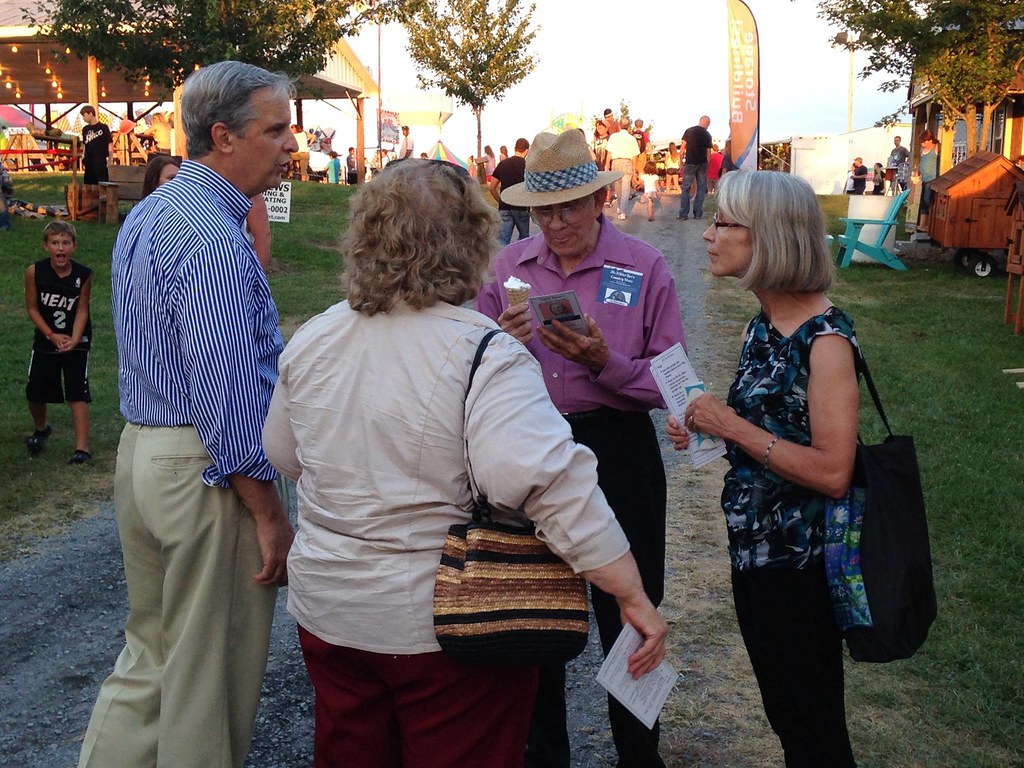 Yesterday, Virginia State Sen. Mark Obenshain, whose claim to fame (other than losing to Mark Herring for Attorney General in 2013) is pushing a bill that would have required women to report miscarriages to the police, was named “chairman of Wisconsin Gov. Scott Walker’s presidential campaign in Virginia.” It’s a perfect fit, really, as both are right-wing extremists. In Walker’s case, for instance, he supports “a ban on all abortions with no exceptions for rape, incest or to save the life of the mother” – including on a woman’s right to choose and many other subjects. So no surprise there. Plus, Obenshain still has ambitions to be elected statewide in Virginia, just as Scott Walker looks in the mirror and sees a president staring back at him. In sum, these two are preening cuckoo birds of a feather, flocking together.

Meanwhile, back in reality, Obenshain is up for reelection to the Virginia State Senate this year, facing Democratic nominee April Moore in his overwhelmingly “red” district (e.g., Cooch won it by 24 points over Terry McAuliffe in 2013). Given that advantage, you’d assume Obenshain wouldn’t be afraid to debate his Democratic opponent, right? Well, think again. Instead, here’s what happened earlier this week when April Moore ran into Obenshain at “Family Night at the Warren County fair” (bolding added by me for emphasis):

At one point I was chatting with an elderly couple, when who should come up and greet me but Mark Obenshain himself! After a little small talk, I asked him, “So, Mark, when are you going to debate me?” After all, it has been well over a month since both Mr. Obenshain and I have been invited by the JMU student government to participate in a debate they want to hold before the election. While I agreed immediately to both dates the students proposed, I heard just recently from the student government that despite repeated efforts, they could not get Mr. Obenshain to commit.

The rest of the conversation went something like this:

AM: “Well, why haven’t you responded to the students, since they’ve been trying for more than a month to set something up?”

MO: “Well, it has to be the right time and place.”

AM: “Well, why wouldn’t an October debate at JMU be the right time and place?”

As this conversation was going on, I could see annoyance on the couple’s faces. Then the man turned toward Mr. Obenshain and said, “Now I didn’t hear you WILL debate her; I heard MAYBE. That doesn’t sound like a promise to me!”

I guess Mr. Obenshain then decided he’d had enough. He left our little group and went on to talk to others. Then the man turned to me and said, “I don’t really know you from Adam, but he just gave you MY vote!”

Let’s just hope that there are a lot more people like the man disgusted with Obenshain’s evasions and clear unwillingness (what are you afraid of, Senator?) to debate Moore.