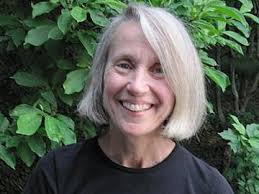 This article ran in the Northern Virginia Daily, one of the two main newspapers serving the 26th senatorial district, where I am running as the Democratic nominee to replace Mark Obenshain in the Virginia State Senate.

I know I’m not the only one unhappy with the state of our politics these days.  Here’s the change I’d like to see in how our politics are conducted.

Our founders were men of reason.  And they tried to set up a system of government in which the people would elect representatives who, reasoning together, would achieve the public good.

Wouldn’t it be nice if, in our General Assembly, our leaders would engage in reasoned discussion to find those policies that would lead to the best possible Virginia? Wouldn’t it be good if we citizens could discuss our public business in the same spirit?

Some recent criticism of me helps show the gulf between how we discuss issues these days and how the men of reason who founded our nation would have wanted us to discuss them.

This criticism took note of my saying we should act responsibly in the face of the challenge of climate change- took note of it, that is, to dismiss it as a “doomsday message.”

Nothing reasonable in such dismissal.

When the best understanding that humankind has available to it is sending us such a clear warning, it is not a “doomsday message” to say we should heed that warning. It’s simply common sense.

In science, 97 percent agreement means the scientists are virtually unanimous. There is no conceivable justification for any politician – or any other layman, for that matter – to pretend to understand a scientific matter better than the scientists. Or to ignore the scientists either.

The insurance companies are following reason, making provision for the changes that are happening. The Pentagon is following reason, recognizing that climate change is a major concern for our national security.

It’s time that Virginia’s General Assembly act in accordance with reason – and do what it can to protect our children and grandchildren from a “doomsday” scenario.

It’s time our elected leaders stop doing the bidding of fossil fuel companies – companies that pour money into politicians’ coffers – that want to keep us addicted to what they’re selling.

(And now especially it is time, when clean energy – such as solar – is fast becoming our cheapest available source of energy.)

That same critic illustrated another unreasonable aspect of our political discourse concerned the Second Amendment.

“Where does Moore stand on the Second Amendment?” this critic asked, as if he expected to expose me as an enemy of liberty.

I’ve not taken a public position on gun rights, but I’m happy to do so now. I believe that the right of the people to bear arms should be respected just like the other rights enshrined in our Constitution, like the right to free speech.

We are fortunate that the Supreme Court has been quite vigilant in protecting our right to free speech. But I expect we’d all agree with what the famous Supreme Court justice, Oliver Wendell Holmes Jr., said – that the First Amendment did not mean that anyone had the right to shout “Fire!” in a crowded theater.

Likewise with freedom of religion. This is something we Americans hold especially dear – but we don’t allow human sacrifice.

Americans have understood that it is inevitable that important values will collide, and that wise ways of balancing them must be found. So we Americans have traditionally rejected making our important rights into absolutes and seek instead to draw the reasonable lines.

As with freedoms of speech and of religion, so also with gun rights. Gun rights should be protected, and we also should have reasoned discussions to decide where, in the realm of guns, there might be the equivalent of shouting “Fire!” in a crowded theater.

That’s why I wouldn’t want to get a 100 percent rating from the NRA: I’d rather align myself with the members of the NRA of whom an overwhelming majority (74 percent) favor the universal background checks that the NRA works to block.

I invite you to visit my campaign website. Join the effort to get Mark Obenshain out of our Senate. Donate to the one candidate in the race not funded by the Koch Brothers.