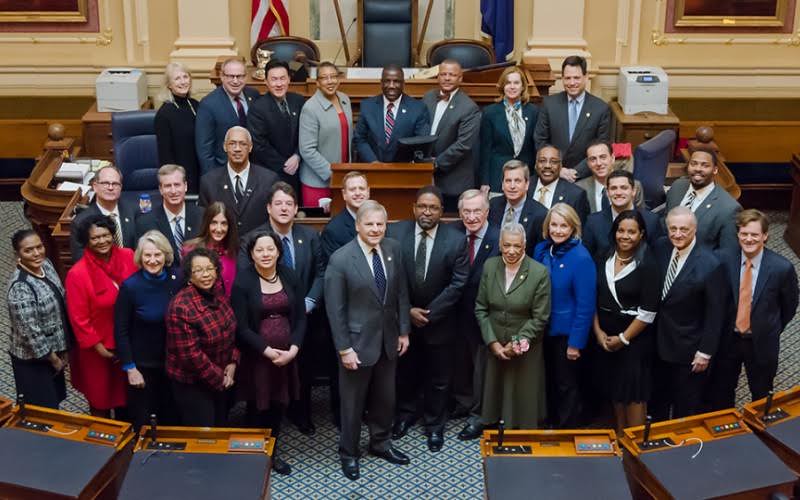 As Virginia’s demographics drive it increasingly in the “blue” direction politically, what can the party of angry, (mostly) aging, (mostly) white people — today’s warped version of what used to be a truly “Grand” Old Party — do about it?

In theory, at least, they could: a) decide to jettison their “Southern strategy” – appealing to racists, xenophobes, etc. – that has worked so well for them since the late 1960s, when the “Dixiecrats” left the Democratic Party (good riddance!); b) move to embrace the new, diverse Virginia; c) adopt policies that actually help Virginia’s entire population, not just the top 0.1%, their big campaign donors, the far right, etc. Unfortunately for Republicans, none of those strategies are likely to work, because if they were adopted, they would drive away big chunks of the party’s “base,” while likely not attracting enough new people to compensate for that loss.

So what does that leave Republicans? Well, they DO have one other option: recruit and heavily fund a small handful of more diverse candidates, and then act as if they are not the almost monolithically lily-white party that they are. Which is, as it turns out, exactly what they’re attempting to do this election year in Virginia. For more on that strategy, see GOP group to pump $100K into Va. races in bid to draw women, minorities, including their extremely dubious (not to mention audacious!) claim that “[w]hile the Democrats run mostly white men in key Virginia races this year, the Republicans’ impressive slate of qualified, conservative and diverse men and women running for the House of Delegates is reflective of where our party is today.” 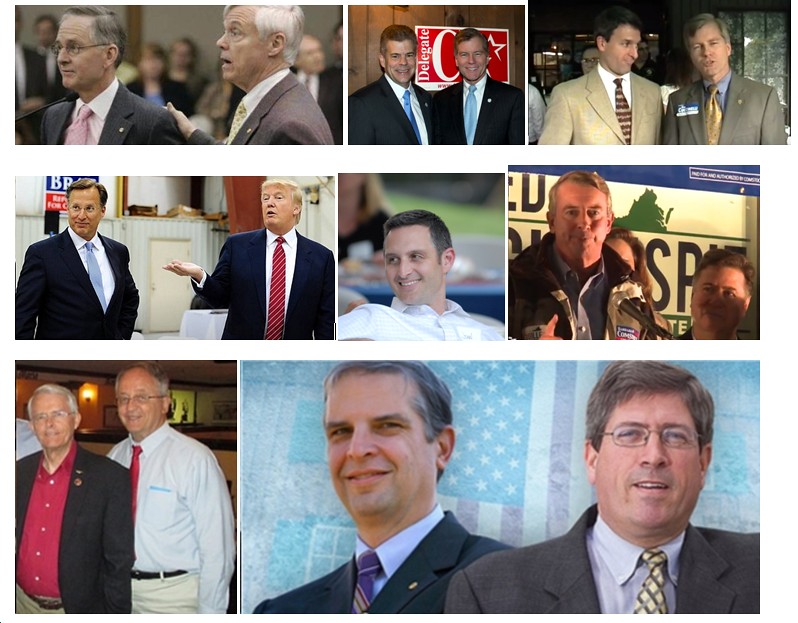 Wait, you ask, what? Virginia Republicans (see representative photo collage at left) are seriously claiming that THEY are the party of diversity while the Democrats are the party of “mostly white men?” Hey, nobody ever said these guys lacked chutzpah! Fortunately, Del. Alfonso Lopez (D-Arlington/Fairfax) has taken a sledgehammer of facts to the Republicans’ claims, and left them a pile of rubble. Lopez presents some statistics which prove that the Republicans’ claims are simply false.

*”On the Senate side, while Democrats have slightly more than half of the caucus represented by women, people of color or lesbian, gay, bisexual and transgender individuals, there’s only one Republican senator who is not a white male.”

Meaanwhile, as we all know, the Republican Party has become a welcome home for virulently misogynistic, racist and anti-immigrant garbage from Donald Trump and other 2016 presidential candidates. The Republican Party of Virginia’s Chairman, who himself made national headlines for cracking an anti-Semitic “joke” at a campaign rally in 2013, recently tried to downplay racial slurs from a leading Virginia conservative by blaming the media. Another prominent figure in the Virginia GOP, Barbara Comstock, has faced sharp criticism for callously comparing immigrants to FedEx packages and voting against halting deportations. On and on it goes, where it stops, everyone knows: at the door of the Republican Party, which no matter how hard they try, continues to be a party that doesn’t even look like the America of 1950, let alone 2015.