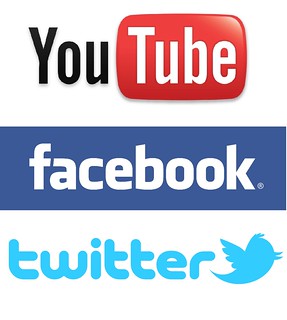 It’s a quiet weekend, so I decided to take a look at how Virginia candidates were doing on social media as we reach the traditional kickoff – Labor Day – of the fall campaign season. In the most competitive Virginia State Senate and House of Delegates races, a few things jumped out at me.

First, almost nobody is using YouTube or video content much at all. Two exceptions to this rule are Republicans Glen Sturtevant (in the 10th State Senate district) and Hal Parrish (in the 29th State Senate district), both of whom have active YouTube channels and significant number (e.g., over 10k) video views. Other than that, we might as well be in the pre-YouTube era back in 2005, because basically none of the other State Senate and House of Delegates campaigns I looked at are using that social media tool.

As for Twitter, which is a great way to reach the media and core supporters, Republican State Senator Dick Black really stands out, with 3,337 Twitter followers and 143 original tweets (not counting “retweets”) just since August 1. In that race, Black’s opponent, Democrat Jill McCabe, has about one-tenth of Black’s Twitter followers and has tweeted a bit over 20% as much as Black has since August 1.

Another key State Senate race is in the 10th district, where Glen Sturtevant (mentioned above) is facing Democratic nominee Dan Gecker. When it comes to Twitter, Sturtevant has a huge lead on Gecker, who inexplicably waited until August 27 to even open a Twitter account. The result: Sturtevant has 1,481 Twitter followers and has tweeted 19 times since August 1, while Gecker has just 57 Twitter followers (4% of Sturtevant’s) and has tweeted just 5 times since August 1.

The story is not necessarily the same on Facebook, as some candidates focus more on one social media outlet than another. For instance, while John Edwards leads Nancy Dye on Twitter, Dye leads Edwards (1,375-996 “likes”) on Facebook, and is also more active than Edwards (20-8 in terms of Facebook status updates since 8/1). Looking at the

Of course, “likes” aren’t everything, as Facebook’s funky algorithm – which decides what it “thinks” you want to see in your feed – means that posting more frequently might not lead to more followers actually seeing and/or engaging with your status updates. Thanks a lot, Mark Zuckerberg! LOL So take the numbers here with a grain of salt. Also keep in mind that one strong post that gets picked up by the corporate media, blogs, etc. (example: the recent dustup between Republican John Guevara and Democrat Kathy Smith, in which Smith’s campaign and others criticized Guevara for “sexist” comments, got picked up by the Washington Post and numerous Virginia political blogs, including this one) can outweigh a bunch of posts that get no traction.

Post continues on the “flip,” with some comments on House of Delegates and Fairfax County Board contests

Again, I’m not seeing YouTube being used, other than by Del. Tag Greason (although he only has 910 total views on his channel). On Facebook and Twitter, Republicans have the edge in key races in terms of “likes” and “followers,” respectively, although that mostly appears to be related to the fact that they also hold an incumbent advantage as well. Three Democrats – Josh King, Laurie Buchwald and Willie Randall – don’t have Twitter accounts at all, although in the cases of King and Randall, their Republican opponents (Mark Dudenhefer and Rob Bloxom) aren’t really active on Twitter either. One candidate who really likes to Tweet is Republican Sang Yi in the 37th House of Delegates district, with 57 tweets to his 521 followers just since 8/1. In contrast, Yi’s opponent, Democratic Del. David Bulova, has twice as many Twitter followers but isn’t really using this tool, having only tweeted three times since 8/1. Which of course raises an important point: amassing “followers” or “likes” or whatever on social media is fine and dandy, but it doesn’t do you much good if you don’t use the tools to communicate with your followers…

Fairfax County Board of Supervisors

Democrat John Foust has a huge edge (4,593-266) in terms of Twitter followers over his Republican challenger, Jennifer Chronis (note: this is almost certainly the result, at least in part, of Foust’s run for Congress last year), and is tweeting more frequently (22-11 since 8/1) as well. It’s closer in terms of Facebook followers (Foust 1,585-Chronis 541), while Chronis is actually more active on Facebook (20-10 in terms of updates since 8/1) than Foust.

In Sully district, Democrat Kathy Smith doesn’t have a Twitter account at all (why not?), while Republican John Guevara has a small number (155) of Twitter followers. What’s interesting is that Guevara has tweeted a whopping 88 times to those 155 followers since 8/1. On Facebook, Guevara has a slight edge over Smith (276-252) in terms of “likes,” and has also updated his page very frequently (50 times since 8/1), while Smith has updated just four times since 8/1.

In the Mt. Vernon district, neither candidate – Democrat Dan Storck or Republian Jane Gandee – seems to be a big fan of social media, with just 21 Twitter followers and 10 tweets combined between the two of them, with Storck maintaining a 261-213 edge in terms of Facebook “likes” (although Gandee has updated her page 24 times vs. 14 for Storck since 8/1).

Finally, in the Braddock district, incumbent Supervisor John Cook (R) has been active on Twitter, with 36 tweets to his 908 followers since 8/1. For her part, Democrat Janet Oleszek has tweeted just 5 times to her 256 Twitter followers since 8/1. On Facebook, Cook holds a 548-196 edge over Oleszek in terms of “likes,” while neither has posted much since 8/1 (4 times for Cook, 3 for Oleszek).

P.S. One last thing: I haven’t seen Democratic candidates (with a couple exceptions, particularly April Moore, who’s an excellent progressive candidate running against Mark Obenshain in a heavily “red” district) using Blue Virginia (or other Democratic blogs) much this cycle, either in absolute terms or relative to previous cycles. It’s not much different on the Republican side. For instance, I checked The Bull Elephant for the past few weeks, and there hasn’t been much coverage of House of Delegates or State Senate races, with most coverage focused on presidential politics, redistricting, statewide Virginia stuff, etc. I DID see coverage of the Smith-Guevara matchup in Fairfax County’s Sully district, but other than that…not much. Same thing, pretty much, on the other large Virginia conservative blog, Bearing Drift. In general, there just doesn’t seem to be a great deal of interest or “buzz” on races for School Board, County Board, Virginia House of Delegates or Virginia State Senate at this point in the cycle – Labor Day weekend – even among the hardest core of the political junkies in the state. It seems very weird to me, especially given that partisan control of the State Senate is at stake in just 59 days or so. It’s also very different than I remember from past off/odd-year election cycles in Virginia…