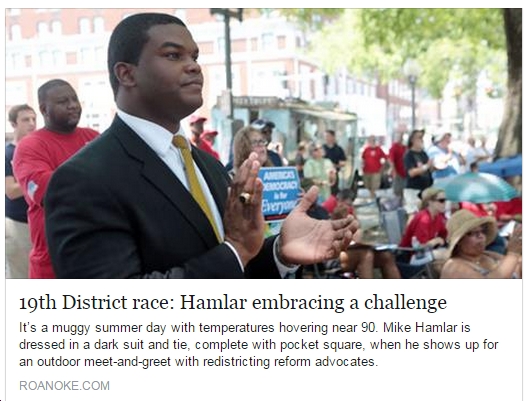 Here are a few national and Virginia news headlines, political and otherwise, for Sunday, September 6.

*The Republicans Are Now Officially the Party of White Paranoia (“Every other issue, from taxes to surveillance to war to jobs to education, will take a distant back seat to this ongoing, moronic referendum on white victimhood. And there’s nothing any of us can do about it except wait it out, and wonder if our politics only gets dumber from here.”)

*Here’s What It’s Like Inside A Pro-Confederate Flag Rally (Frightening, horrifying, disgusting.)

*Amid grief, Jill Biden said to share VP’s hesitation on 2016

*Private Security At Whole Foods Beats Black Man Unconscious, Leaves Him In A Pool Of His Own Blood (Unacceptable. Also, yet another reason not to shop at Whole Paycheck.)

*The Nation’s Most Populous State Just Voted To Divest From Coal (Our turn, Virginia!)

*Schapiro: The uncertainty of a certain McAuliffe political agenda (“Terry McAuliffe has three political goals: Restore Democratic control of the Virginia Senate this November. Help elect Hillary Clinton president in 2016. Ensure the following year that a Democrat succeeds him as governor. Ever the optimist, McAuliffe considers each an achievable dream. But events could align to make each a nightmare.”)

*In Virginia, Mark Herring decides it’s just fine to be the attorney general (“With the governor saddled with a hostile legislature, the job of AG looks more appealing than ever.”)

*19th District race: Hamlar embracing a challenge (“The Democratic candidate is known for his athletic drive.”)

*Our view: Are we really losing jobs?

*A deeper look at police body cameras in Hampton Roads

How many of these VA Dem delegates can you name, even with masks on? :) https://bluevirginia.us/2021/08/video-virginia-general-assembly-convenes-for-special-session-to-allocate-american-rescue-plan-funds-elect-judges-to-court-of-appeals#comment-5479410659 h/t @MarthaMugler