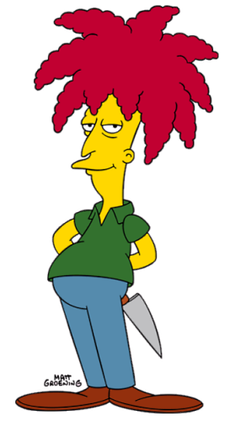 For years, we’ve mocked Del. “Sideshow Bob” Marshall (far-far-far-right “R”) for his rabid homophobia, his unhealthy obessions with controlling women’s reproductive decisions, and his outrageous comments and actions generally (e.g., see Bob Marshall Reiterates Claim That Disabled Children Represent God’s ‘Vengeance’ For Abortion). Hence, the nickname. But one thing we’ve never accused “Sideshow Bob” of being is a coward. Now, that may be changing, with his last-minute decision to pull out of a long-scheduled debate sponsored by Potomac Local and (until “Sideshow Bob” decided to ditch it) scheduled to take place at the Manassas Park Community Center tomorrow night.

What on earth is going on here? Apparently, Marshall thinks he owns this seat, doesn’t have to do anything to earn it, including appearing in front of voters to explain his warped priorities for the district. As for Marshall’s lame excuse regarding WHY he’s ditching the Potomac Local debate, that he’d “accepted a debate with the Committee of One Hundred, a long-respected, bi-partisan group in Prince William County,” that’s beyond laughable. In fact, as Prince William County Democratic Committee Chair Harry Wiggins wrote back in September, that was “a unanimous decision by all 27 Democrats running for office in Prince William” due to the Committee of One Hundred’s sharp lurch to the right in recent months. Here’s an excerpt from Wiggins’ op-ed:

He is free to publicly oppose gay marriage, adoption of children by gay couples, and a host of other policies targeting homosexuals. His rant, however, was not a political policy statement, but a hateful and vitriolic assault on homosexuals as people, employing the type of language that has been used in the past to both provoke and rationalize violence against them.

It was not only an offense to common decency, but totally inappropriate for the president of an organization devoted to civil discussion of issues. It is now simply impossible for a gay person to feel that they are welcome in the Committee of 100.

…Unfortunately Mr. Young has singlehandedly tainted the organization and no candidate felt they could in good conscience implicitly support an organization whose leader has so viciously attacked our family members, friends, and others in our community.

Speech is free, but not without consequences, and it would be intolerable if comparable language was used to describe African-Americans, Jews, Latinos, Muslims, or other minority groups – it is intolerable in this instance as well.

Of course, given “Sideshow Bob” Marshall’s long history of virulent bigotry, it’s no surprise that he’d be comfortable at a forum put on by an organization which shares his appalling views. It’s fascinating, though, that Marshall does not feel comfortable at a forum sponsored by a community newspaper, one that simply seeks to inform the public. That alone should be reason for everyone in Virginia’s 13th House of Delegates district to vote for Don Shaw on November 3. Go Don!