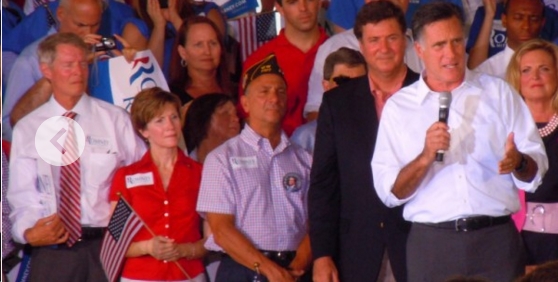 Manassas City Mayor Hal Parrish (R) likes to tout himself as some sort of moderate, reasonable Republican who has been an effective manager of his city and will be the same in the Virginia State Senate if he’s elected on November 3. Yet the sequence of events starting on August 11, 2012, the day the Romney-Ryan ticket was unveiled in Virginia – including at a rally in Manassas City – tells a different story.

First, check out the photo of Mayor Parrish standing with Mitt Romney, George Allen, and other right-wing Republicans. Note that Parrish was one of the speakers at the rally, and clearly an enthusiastic supporter of Romney, Ryan, and their slash-and-burn economic policies that would have devastated the middle class and working people in America.

Second, note that the City of Manassas, at Mayor Parrish’s direction, approved $30,000 in expenditures for this rally. Even worse, the minutes from the City of Manassas’ September 9, 2013 meeting, discuss how to deal with the fact that the Romney campaign never reimbursed the city for that $30,000. To make up this shortfall, Mayor Parrish et al decided on “appropriating General Fund” money and transferring it to, among other things, to pay for that Romney-Ryan rally.

Item 17 of the Agenda: Consideration of Resolution 2013- 62-R Amending the FY 2013 Budget by Budgeting and Appropriating Fund Balance for FY 2013 Detention Expenditures and Transferring Contingencies and Allocating the Labor Vacancy Rate to Departments.

Mr. Hughes discussed the various FY 2013 budget deficits, including Juvenile Detention, the Adult Detention Center, the Commissioner of the Revenue, and the Voter Registrar. Additionally, the Romney campaign did not reimburse the City for $30,000 in expenses following his stop in Old Town in 2012. Staff recommends budgeting and appropriating General Fund Fund Balance and transferring General Fund Contingency and Wage Contingency to the Detention, Commissioner of the Revenue, Voter Registrar and Romney campaign budgets. Staff anticipates FY 2013 revenues will exceed expenditures to adequately replenish the Fund Balance usage. Resolution 2013- 62-R will budget and appropriate $946,660 of Fund Balance and transfer $139,340 of Contingency, $91,000 of Wage Contingency and $(585,600) of Labor Vacancy in the General Fund.

Third, note that in the FY 2011 Manassas City budget, there were sharp cuts of nearly $10 million, including nearly $2.9 million in reduced spending on schools (a 3.1 percent decrease from the previous year). Yet here Parrish is, in 2012, throwing $30,000 (see more documentation after the “flip”) of scarce city funds at a Republican political rally? Priorities, priorities, I guess, and $30,000 might not seem like a lot of money to waste, but when you cut $2.9 million the year before and have overcrowded classrooms, it doesn’t seem like Romney-Ryan, or any presidential campaign for that matter, is entitled to a handout of taxpayer funds.

It’s even worse given that the Romney-Ryan rally featured Parrish lending his strong, vocal support to a Republican agenda that wants to cut Medicare, stop Medicaid expansion, slash taxes for the top 0.1% (while screwing over everyone else), keep us addicted to fossil fuels as the planet burns up, let the Koch brothers and other big corporate interests trash our democracy, impose their religious beliefs on the rest of us (note: Parrish voted to effectively shut down women’s health clinics in Manassas City), do whatever the gun manufacturers want (note that Parrish has an “A-” rating from the NRA for his strong support of guns); etc. Bottom line: if this is the type of “leadership” you think we need in Richmond, by all means vote for Hal Parrish on November 3. If not, then vote Democratic. This shouldn’t be a difficult choice. 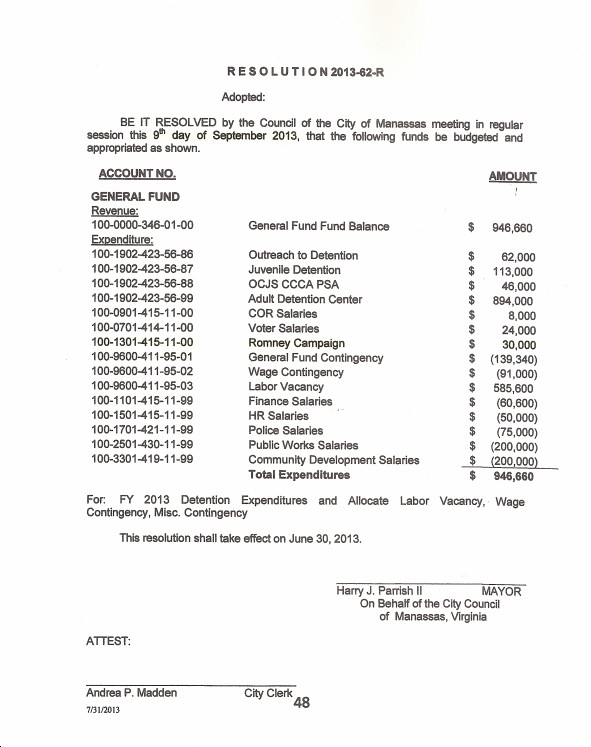 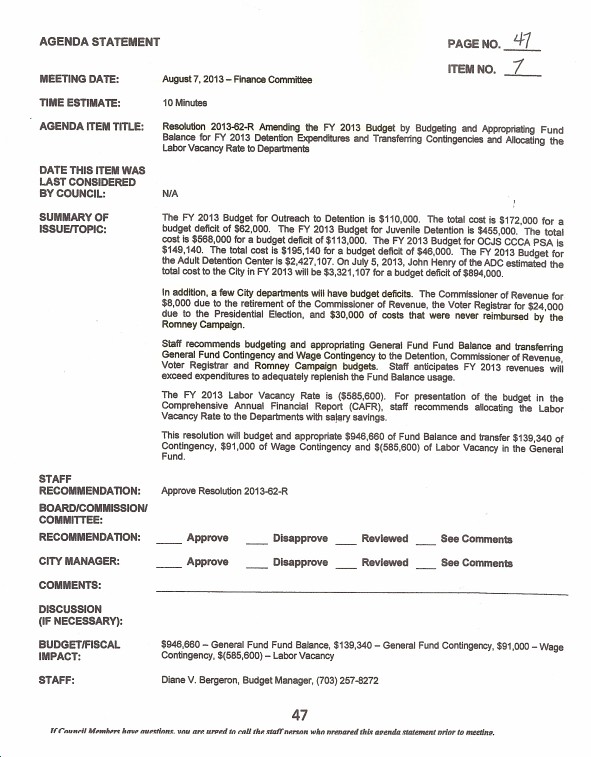