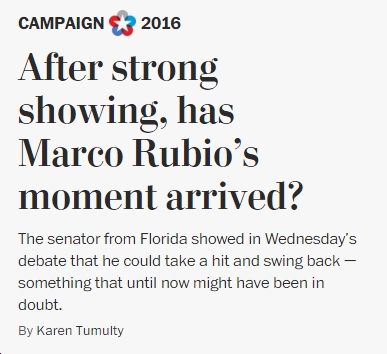 People sometimes make fun of Politico as nothing better than “Tiger Beat on the Potomac” – all personalities, gossip, scandal, who’s up and who’s down, politics as entertainment/horse race, etc. No substance, in other words. But unfortunately, it’s not just Politico, it’s vast swaths of the corporate media that’s really no better than “Tiger Beat.”

Take this mindless drivel by Karen Tumulty of the Washington Post on how Marco Rubio had a “strong showing” at last night’s debate, mainly because of a silly, schoolyard-style back-and-forth with “JEB” Bush over Rubio’s frequent absences from the U.S. Senate. Of course, Rubio didn’t directly address that perfectly valid criticism, but instead used his abundant rhetorical skills to turn the tables on tongue-tied, pathetic “JEB.”

So here’s the problem: nothing in Tumulty’s inspid article makes the case as to why Rubio had a “strong showing” last night, other than that the corporate media proclaimed him to have had a “strong showing.” On substance, the reality is that Rubio was basically total bull****, distortions, and outright lies. To quote a top-rated comment on Tumulty’s article:

A few more whoppers by Rubio jump out at me from the debate transcript as either a) wild lies; b) massive distortions; c) “a” and “b” combined. Yet Karen Tumulty of the Washington Post tells us that Rubio had a “strong” debate last night? My god. Even crazier, THIS is the media the right wingers bash as “liberal?” The fact is, there’s absolutely nothing “liberal” about it. 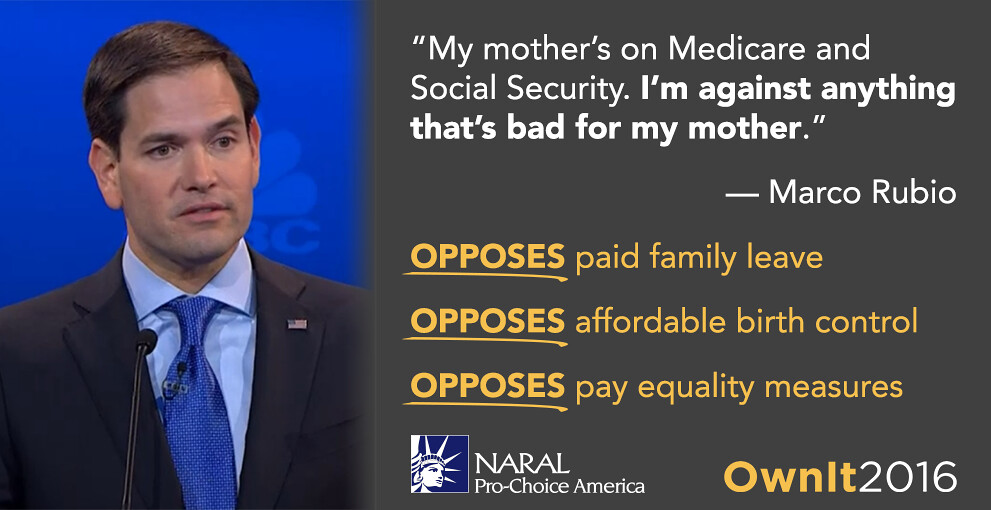