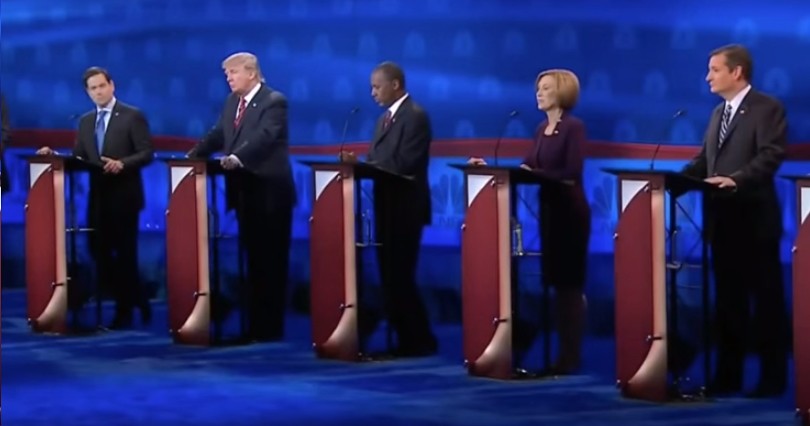 The question has arisen how much we should think of the leading candidates for the GOP presidential nomination as “extremists.” Certainly, a case can be made for that notion.

But what I think is the salient feature of this Republican contest – the driving force behind the extreme and bizarre nature of what these candidates are presenting on these debate stages – is the profound pathology that besets the Republican base.

Given that pathology, no one who fails to present him/herself in crazy, dishonest, toxic ways has a chance to emerge from the primaries as the Republican nominee for president. Look at how John Kasich is doing.

So it is the craziness of the base, I am suggesting, more than the candidates themselves, that lies at the root of the strangeness, the unpredictability, and the flow of extremist rhetoric in the Republican field in this political season.

Politicians who want to win always have to mirror adequately the electorate to which they are appealing. Most of the time, that is not a great problem for the polity. But when the electorate has become unhinged, the successful competitors must either be unhinged themselves or willing to pander to the unhinged by mirroring their pathologies.

Conceding that it is difficult to judge what’s genuine and what’s posture in the presentations of politicians, here is how I see some of these Republican candidates in terms of their “extremism.”

I would venture that Ben Carson is a genuinely weird guy who may well believe the weird (and often extreme) things he says. I don’t believe he would be capable of running as a normal, sane politician.

Ted Cruz strikes me as a sociopath but, given his father’s extremism, I am guessing that some of his own extremism is – in addition to being part of an opportunistic strategy by an ambitious politician – a true reflection of his political beliefs.

But two of the leading candidates – Trump and Rubio – I doubt are really extremists.

Rubio’s opportunism is particularly transparent. His being part of the Gang of Eight on immigration, and his having called for something like Obamacare even before Obama was elected, are signs that if he had a normal electorate to appeal to, he’d take normal and not extreme political positions.

But, however we judge what is genuine and what is posturing in any particular candidate, it seems unlike that anyone will get the nomination without having turned himself into something as ugly as what the Republican base has become.

Of course, the Republican base did not become this way on its own. This pathology is the fruit of a quarter of a century of deliberate work by major players in the Republican system.

Back even before Clinton was elected, Limbaugh and Gingrich were poisoning people’s minds. During the Clinton presidency, the age of Fox News dawned, to ramp up the fears and resentments, and to disconnect people with any sense of the real world. Then with the election of W, and Bush’s Brain (Karl Rove), the politics of toxic fear-mongering manipulation could do its damage from the most powerful office in the land.

So the Republican Party has created this monster that they now have to appease: a Republican electorate filled with hate and fear, both unable to discern falsehood and indifferent to the issue of truth, incapable of recognizing its own interests or the interests their leaders are actually serving, and eager to discharge their rage on the most vulnerable among us.

In a feedback loop of the kind that characterizes the workings of human systems, the Republican power system was already sociopathic enough that it was willing to make “a deal with the devil” – deliberately creating this poisonous consciousness in its followers as a means of expanding its power — and now those who would lead that party are compelled to cast themselves in the image of the human brokenness they have inflicted onto their supporters.

Senators @timkaine and @MarkWarner sign on to statement calling for an "immediate ceasefire" in "Israel and the Palestinian territories" https://bluevirginia.us/2021/05/sunday-news-conflict-in-middle-east-draws-biden-call-to-temper-hostilities-mask-policies-across-the-us-are-rapidly-changing-in-gop-survival-means-allowing-trumps-election-lie-to#comment-5386104851

Rep. Gerry Connolly (D-VA11) signs on to call for immediate cease-fire in Israel and Gaza https://bluevirginia.us/2021/05/sunday-news-conflict-in-middle-east-draws-biden-call-to-temper-hostilities-mask-policies-across-the-us-are-rapidly-changing-in-gop-survival-means-allowing-trumps-election-lie-to#comment-5386091421