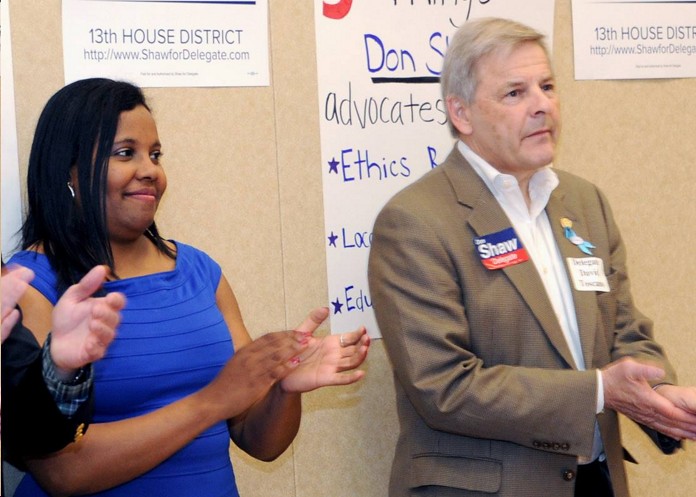 Richmond, VA – Del. David Toscano (D-Charlottesville) was re-elected Minority Leader of the Virginia House of Delegates by acclamation at the annual winter retreat of the House Democratic Caucus on Saturday. Toscano, who previously had indicated he would resign the position, was convinced to continue serving due to appeals from his fellow caucus members as well as numerous leaders across the Commonwealth who reached out to ask him to continue in the role for another two years.

House Democrats ended the Republican super majority in the House of Delegates this year by picking up two Republican seats, which was above many projections.

“I am gratified by the tremendous support of my colleagues and excited at the prospect of leading our caucus in advocating Democratic values in the upcoming session and beyond,” said Toscano.

Del. Charniele Herring (D-Alexandria) was re-elected as Caucus Chair, she said: “It has been an honor to serve as Caucus Chair since my election in March and I look forward to serving a full term as caucus chair of the House Democratic Caucus and build upon our successes.”

The winter caucus retreat, an annual event where in odd years members of the caucus elect internal leadership positions, began on a somber note as members observed a moment of silence in recognition of the attacks in Paris, France last night. “Our thoughts, prayers and support go out to French people after last night’s attacks, and we stand united with them against the forces of terror who murder innocent civilians,” said Del. David Toscano, House Democratic Leader.

.@VAHouseDems Continue Promoting Gun Safety in Virginia ("These measures are about common-sense gun safety, to keep guns out of the hands of criminals...") https://bluevirginia.us/2021/06/house-democrats-continue-promoting-gun-safety-in-virginia