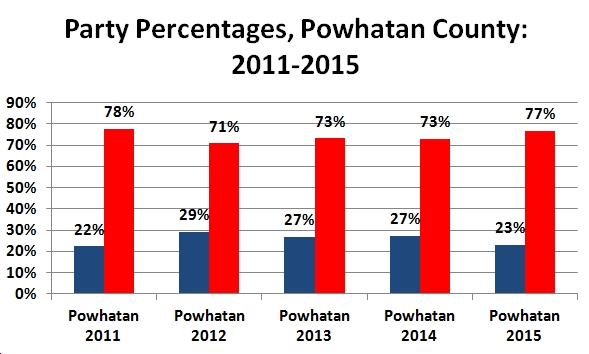 The idiocy of the Washington Post knows almost no bounds when it comes to…well, most anything political, and certainly with regard to their Virginia political “analysis” (in quotes because I’m using the term VERY loosely!). Case in point: the Post’s “analysis” of why Dan Gecker lost.

MediaMatters did a great job yesterday dismantling Post columnist Robert McCartney’s “argument” (again, using the word VERY loosely) that “advocacy of gun control in a pivotal Senate race in the Richmond area may have backfired.” Two key points by MediaMatters are worth highlighting:

1. “While Gecker did not win, he outperformed expectations. According to unofficial election results issued by the Commonwealth of Virginia, Gecker lost with 47 percent to Sturtevant’s 49 percent. Four years ago, during the last District 10 Senate race, the Democratic candidate received 43 percent of the vote and lost by more than 13 points.”
2. “The Post article made no mention of the race in Senate District 29 where Democrat Jeremy McPike defeated Republican Hal Parrish in a ‘high-stakes race,’ and where “Bloomberg’s Everytown for Gun Safety spent $1.5 million on the race in support of McPike.”

I’d add also take issue with McCartney’s line about how Gecker’s loss to Sturtevant was a result of “huge turnout in conservative Powhatan County, which analysts attributed in part to the gun issue.” First of all, McCartney doesn’t cite any actual “analysts” in his article to back any of that up, just the Republican Times-Disgrace editorial board’s opinion and that of the pro-NRA Chairman of the Virginia Senate Republican Caucus, plus a somewhat vague comment from conservative Democrat Chap Petersen. Yeah, that’s some hard-core “analysis” right there. LOL

Second, and more importantly, is the claim that there was “huge turnout in conservative Powhatan County.” As you can see from the graphic, that’s simply not true. Actually, it’s interesting to look at 2013, when Terry McAuliffe, Ralph Northam and Mark Herring were all running on a strong gun safety platform. The vote total that year was around 10,000, with 73% going to Republicans and 27% to Democrats. This year, the vote total was down somewhat, as one would expect, to around 9,500, with a greater “dropoff” among Democrats than Republicans — again as one would expect in these odd-year elections — and with a 77%-23% partisan breakdown. At most, you could argue that compared to the 2013 gubernatorial election, Republicans performed a bit better percentage-wise this time around. Of course, that’s what we tend to see in the lowest-turnout election year in Virginia, and it’s not just in Powhatan County, but all across the state. As for the supposedly “huge turnout in conservative Powhatan County?” Not seeing it.

Finally, even IF there had been “huge turnout in conservative Powhatan County” on Tuesday – and again, there wasn’t in terms of percentages or raw numbers – I’m not sure how you’d jump to the conclusion, with no exit polling or any other hard evidence, that $700,000 in TV ads paid for by Michael Bloomberg’s gun safety group had anything to do with it. Based on…what? Any empirical evidence? Anything other than quoting a Republican-leaning editorial board and the pro-gun Virginia Senate Republican Caucus Chairman? Sorry, but in no way/shape/form is this “journalism.” Of course, this is the same “newspaper” (again, using the term loosely) that prints wild-eyed liars/science-deniers (!) like George Will, plus narrative-creators-with-zero-evidence-supporting-said-narrative like this trash by James Hohmann. So what else would we expect? Still…my god, this is just pathetic.

P.S. Oh yeah, almost forgot to mention an important point, that Glen Sturtevant ALSO ran a pro-gun-safety ad (basically, “I care just as much about gun violence as Dan Gecker does, and to imply otherwise is outrageous!”) in this race. I’ve embedded it above.