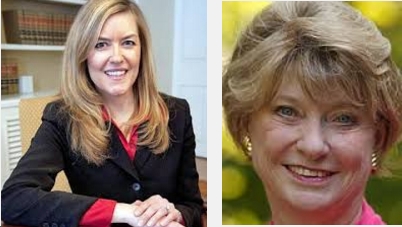 As for Chap Petersen, I’m surprised because he’s written and said things, the past few months in particular, that had me wondering if he’d even stay in the Democratic Party, let alone be elected to leadership. That includes a recent rant, “College Students So Angry?”, in which he wrote:

…the current round of college “protests” seem to presume that the USA is (and has always been) a racist, homophobic, hate-filled dystopia, rather than an enlightened democracy that provides more opportunities for persons of different racial and ethnic backgrounds than any society in the history of the world.

(Can you name another white-majority nation where a man named “Barack Obama” would be elected President — twice?)
What is most striking is that these protests occur at elite campuses, which show the most excessive deference towards “marginalized” populations, i.e. anybody except white men — who are less than 30% of the population now and dropping fast.

Yet that deference does not solve any problems or appease anybody, it simply creates a sense of entitlement which fuels more demands. Caught in this vicious cycle, campus politics increasingly hinges on the expression of faux outrage at symbolic “incidents” — usually verbal and nearly always anonymous — which are subject to fetishizing and embellishment. People that don’t “emphathize” with this outrage are targeted for professional destruction.

Sadly, this pseudo-movement for “social justice” bullies those very people that actually ask tough questions — such as, did this alleged insult actually happen? Were you really offended? Or why do you get to censor your peers? It’s already had an effect on campus journalism, which used to be a place you could freely express yourself. Now, not so much.

Frankly, this millenial McCarthyism has become a national embarrassment. And it’s time for true liberals — yes, we know who we are — to call it out.
In conclusion, my statements are those of a “privileged white male” (a status so critical to my identity that I passed it on to none of my children). But I’m only what the Lord created and it all turns to dust in the end. While I’m here, I’m going to speak the truth, even if you hate it. That’s what it means to be a leader, not a follower.

So protest away young people! But let other speak also. Just remember, if you think that your life as a student is too awful to bear ….
We can always bring back the draft.

Chap(!) also frequently rants against “political correctness,” continually claimed a false equivalence between the two parties, defended the name of the Washington NFL team (which many, myself included, believe is offensive if not racist), battled with Atif Qarni (who Chap incorrectly called “Middle Eastern” for his Washington Post op-ed about how he was treated by Sen. Saslaw and others), etc. So hey, maybe putting Chap(!) in leadership will help keep him from bolting to the Republican Party? Just a thought.