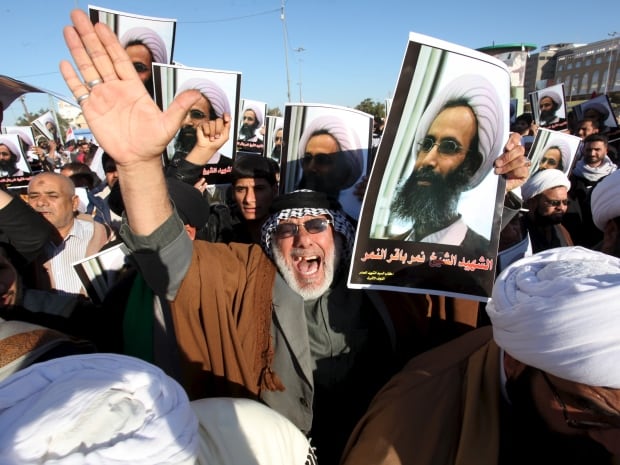 I’m not going to pretend to be deeply knowledgeable about the politics of the Muslim world, and still less about the full range of considerations the Saudi authorities confronted regarding how to deal with the Shia cleric — Sheikh Nimr al-Nimr – whom they just executed.

Hence the question mark in the title, above.

But that decision to execute the man sure looks like stupidity from here.

Before “stupid,” it looks reckless. In a region already rife with Sunni-Shia conflict – that fissure being at the heart of the continuing strife in Iraq and Syria – the execution of a Shia cleric by a Sunni regime will obviously pour gasoline onto an already dangerous and uncontained fire.

Recklessness would not be stupidity, however, if the Saudis had good reason to believe that – in their long-running rivalry and simmering conflict with the Shia regime in Iran — it would work to their advantage to bring their conflict to a head in this way.

But this situation hardly looks like it plays to the Saudi advantage.

What were they thinking? In their calculations, did the Saudis reckon the cost of making the pariah Iranian regime the more sympathetic figure – in the world’s eyes — in the conflagration they chose to ignite?
Surely world opinion must have some value for the Saudis in their contention with Shia Iran. And in particular, the opinion of the Western nations with whom the Saudis have been aligned over so many years.

Yet, quite predictably, the decision to execute a Shia cleric – as part of a mass execution of 47 people – makes the Iranian outrage something with which Western peoples and governments can more readily sympathize than the Saudi’s slaughter.

How can it be good for the Saudis for the world to side emotionally, even for just a while, with their enemies?

Here’s a passage from an article on Huffington’s World Post:

Saudi Arabia’s Western allies, many of whom supply it with arms, are growing concerned about its new assertiveness.

France said on Sunday it deeply deplored the mass execution and said it reiterated its opposition to the death penalty in all circumstances.

The Saudi regime has long had its unsavory, dark side—with its lopping off the hands of thieves and public beheadings of criminals, and its oppression of women. But their barbarisms and their oppressions have generally been matters of their internal affairs. In the international sphere, they have usually been “moderate” and careful.

It will do our troubled world no good if they were to become not only reckless but stupid.