See after the “flip” for the press release explaining what the “Virginia Transparency Caucus” – put together by Del. Mark Levine (D-Alexandria, Arlington) and State Senator Amanda Chase (R-Chesterfield)” – is all about. I particularly like their commitment to “make public all subcommittee and committee proceedings in which their bills are debated,” and would hope that other Senators and Delegates would do the same! Also check out the video of Del. Levine announcing it from the Speaker’s chair, minutes after taking the ceremonial oath of office. Good stuff, and badly needed, given the “legalized corruption” (as Mark Levine has called it) that’s rampant in the Virginia General Assembly, with big corporations like Dominion Power essentially purchasing our legislature (and regulatory bodies) to their own, often not-in-the-public-interest ends.

Freshmen
Legislators Announce Virginia Transparency Caucus
Delegate Mark
Levine and Senator Amanda Chase to Spearhead Bipartisan Effort
RICHMOND – Today, two Freshman Legislators in the
Virginia General Assembly formed the Virginia
Transparency Caucus to make proceedings in the Virginia Legislature more
open to the public.
In-coming Delegate
Mark Levine (D-Alexandria) and in-coming Senator Amanda Chase (R-Chesterfield) could not be more different
ideologically. Democrat Delegate Levine hails from liberal Alexandria Virginia,
while Republican Senator Chase represents conservative Chesterfield County.
Both won contested multi-party primaries that neither was expected to win. Yet
despite their differences in party, ideology, and geography, both share a
passionate concern for openness in Government.
Levine and Chase do not believe the public recording
of proceedings on the Floor of the House of Delegates and Senate suffice.
Woodrow Wilson famously wrote in 1885, “Congress
in session is Congress on public exhibition, whilst Congress in its committee
rooms is Congress at work.” The same could be said about the Virginia
General Assembly. The most important work in debating, amending, approving, and
rejecting proposed legislation occurs in committee and subcommittee rooms. Yet
much of this vital work is never recorded. Although the hearings are public and
some records are kept, the vast majority of the press and public do not get
essential details as to why legislation
is approved or discarded by their elected representatives.
Chase and Levine seek to change this pattern by
bringing a ray of sunlight into committee proceedings. They are making a commitment to make
public all subcommittee and committee proceedings in which their bills are
debated so as to fully inform their respective constituents as to
exactly what happened on each piece of legislation they have proposed.
Chase
and Levine call on their colleagues, Republican and Democratic, in both the
Senate and House of Delegates, to join them in their efforts. The default
standard should always be openness. The public has a right to know what their
elected representatives are doing.
Post Views: 90 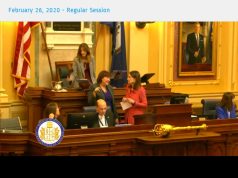 Thursday News: “Coronavirus lays bare all the pathologies of the Trump administration”; “Trump has no clue what to do in a disaster”; “Early Voting... 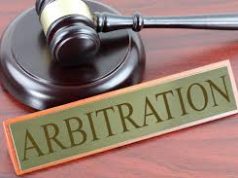 Will the House Pass SB 645 and Allow Localities to Ask if Contractors Hide Discrimination and Sexual Abuse of Employees with Secret Forced Arbitration?

.@VASenateDems - "The Reproductive Health Protection Act works to roll back many of the barriers that currently stand between a woman and her right to make her own healthcare decisions here in Virginia.” https://bluevirginia.us/2020/02/thursday-news-coronavirus-lays-bare-all-the-pathologies-of-the-trump-administration-trump-has-no-clue-what-to-do-in-a-disaster-early-voting-for-virginia-presidential-primary-on-pace-to#comment-4813311289

Something to keep an eye on tomorrow morning... https://bluevirginia.us/2020/02/i-supported-bernie-sanders-in-2016-in-2020-joe-biden-has-my-support-for-the-virginia-democratic-presidential-primary#comment-4813291111

Thursday News: “Coronavirus lays bare all the pathologies of the Trump administration”; “Trump has...