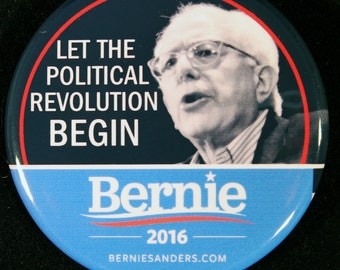 You say you want to lead a “political revolution.”

You say that our urgent problems cannot be solved just by utilizing the system in place in Washington, where the powers that need to be overcome remain too strong. The American people have to be mobilized, you say, to fight to take back the power (and their fair share of the American bounty) that has been stolen from them by the plutocracy.

And you say that we should elect you president to lead that political revolution.

Your opponent, Hillary Clinton, and her supporters, as well as some in mainstream media, say that no such political revolution is possible. They say that Democratic voters would be making a big mistake if they choose you because your way will lead nowhere. They say they are being “realistic.”

The good news is that you can prove them wrong and you don’t have to wait to be president to do it.

Your political revolution doesn’t start with getting majorities in Congress but with moving public opinion. You need to teach and to inspire: to drain public support from the forces that you need to defeat, and to mobilize the people behind you.

You don’t have to be president yet to start the process, because the powers required for leading a political revolution are not those granted the presidency by the Constitution. The “bully pulpit” is not in the Constitution. But, as Donald Trump has demonstrated, a presidential candidate can have a pulpit that’s bully enough to change the national conversation.
Your job is to find the rhetorical strategy — appropriate for your values and your political goals – to accomplish that.

The Republicans have handed you a great opportunity to use your bully-enough pulpit to accomplish this. The current race for the Republican nomination has flagrantly revealed the ugliness of what the GOP has become, making it vulnerable to a powerful and truthful critique.

There will never be a better moment to start shifting the balance of power in America away from the billionaire class and the corporate system that have made the Republican Party their political instrument.

If you can’t score against the Republicans now, with the grotesque display they’re putting on, could you do any better as president?

But if you’re able to discredit them now, you’ll refute the “realists” and help clear your path to the Democratic nomination and then the White House.

Go at the Republicans on the issues central to your campaign—like the tax plans virtually all the Republican candidates have proposed that take from average Americans to give still more to the wealthiest few.

Go after them on the issues that their ugly campaign has brought front and center—like bigotry and bullying and recklessness.

Go after them on their aversion to truth, and their loyalty to Big Money at the expense of the American people, and their consistent appeal to the worst in people — their hatreds, fears, and resentments.

And specifically, go after the front-runner, Donald Trump, for the damage he is doing to American norms and values.

Ideally, you can craft attacks so powerful that the Republican candidates will feel compelled to respond, rather than let you have the last word. (Trump in particular will not be able to resist taking the bait.) You can then reply with another well-crafted attack – and voila! you’re in a public debate that will capture public attention.

You will be the Democrat who is doing political battle with the Republicans, fighting to drain their power away by exposing them for what they have become. You will already be the leader you are promising to be as president: someone who can use a bully pulpit to take power from the forces you have eloquently argued must be defeated.

If you can best the Republicans now in the public arena — showing that the political revolution you say we need is possible, and that you’re the man to lead it — you will inspire voters in Liberal America to follow you as their champion.

The best way to get the job is to start doing the job now.