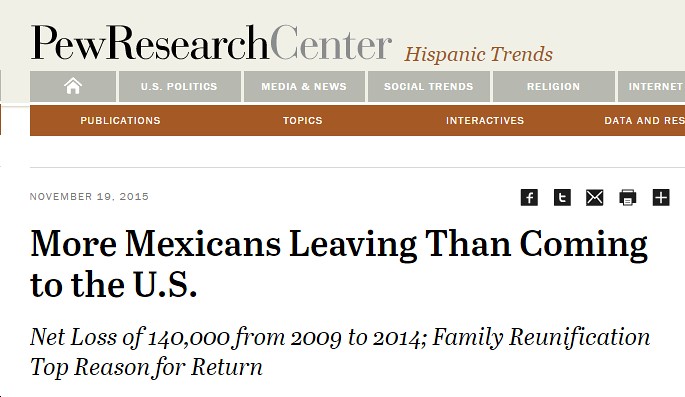 How can you tell when 2016 GOP presidential candidates are lying? Basically, whenever their lips are moving. I could spend all day – really my entire life – working to debunk their lies, distortions, fabrications, etc. on issues from climate science to Planned Parenthood to U.S. military strength to the hysterical “world is on fire” bull**** to…yeah, it’s endless. For now, here are two recent ones (both mentioned in last night’s freak show…er, “GOP debate” in South Carolina) that I find particularly obnoxious.

1. Republicans keep using variants of the phrases, “we’ve got to secure the border,” “immigration is out of control,” “we don’t even HAVE a border,” etc. It’s completely, wildly false – backwards, actually, according to Pew. Also see Analysts See U.S. Border With Mexico As More Secure Than It’s Been In 40 Years
(NPR; 8/15). Is the border airtight, 100% “secure?” I mean, even with Donald Trump’s “great wall,” that would almost certainly be impossible to achieve, at least not without massive expenditures and adverse policy ramifications. But the main point is that GOP 2016 rhetoric on immigration is almost completely detached from reality, in addition to being inhumane, counterproductive, xenophobic and just plain nasty!
2. Their latest Big Lie has to do with the death yesterday of Supreme Court Justice Antonin Scalia, and their bizarre claims about what’s common practice for a president in his last year in office regarding Supreme Court nominations and Senate confirmations. Here’s PolitiFact, which as usual goes WAY too easy on Republicans, but still manages to rate RoboRubio’s claim about it supposedly being “over 80 years since a lame-duck president appointed a Supreme Court justice” as “Mostly False.” Also see Vox, which explains, “At least 14 Supreme Court justices have been confirmed during election years” (including Frank Murphy in 1940 and Antonin Scalia in 1988). 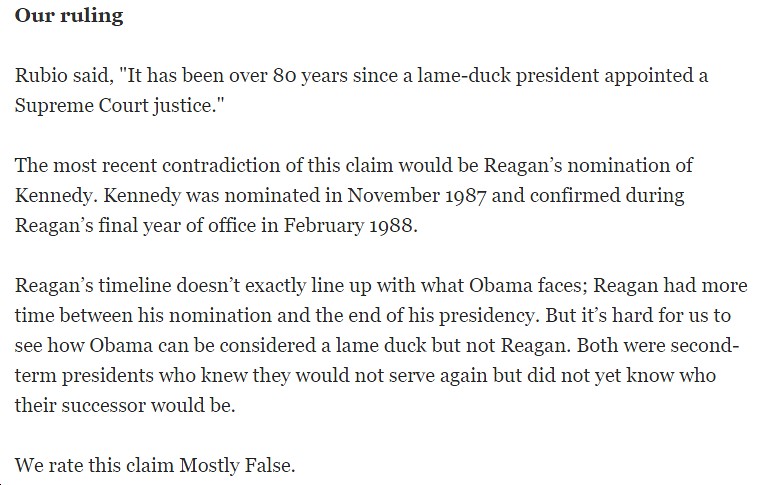 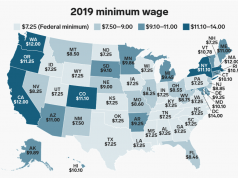 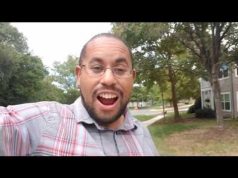 VIDEO: In 60 Days, Virginia Has a Date with Destiny