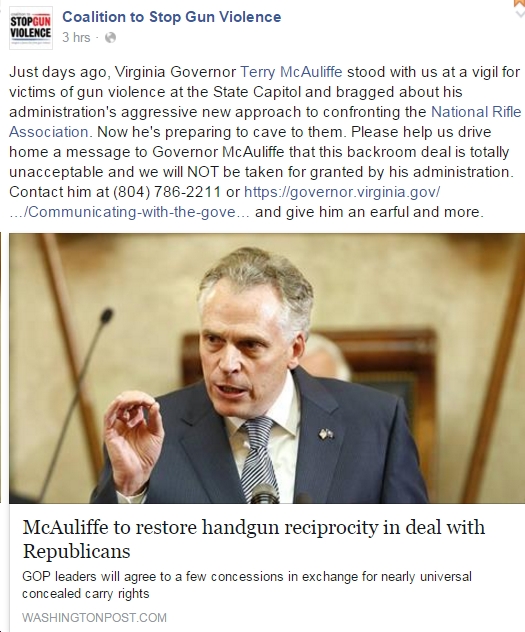 Since the gun deal between Gov. McAuliffe’s administration (negotiated on his behalf by “A”-rated-by-the-NRA Brian Moran, without any input from the gun safety folks) and the NRA was announced late last week, I’ve been talking to Democrats about the politics of all this. Here are a few thoughts I’ve gathered.

So that’s what I’ve been hearing. How about you?
There's no paywall on Blue Virginia, and we definitely want to keep it that way! If you want to help support our work, you can donate here - thanks! Also, you can sign up for our weekly email list here.