Apparently defeated in trying to put Rossie Alston on the Virginia Supreme Court, it looks like Republicans are going for someone even MORE right wing than Alston — none other than our old climate-scientist-persecuting, LGBT-bashing, Obamacare-hating, birther-flirting, reproductive-rights-denying, former Attorney General, Ken “the Cooch” Cuccinelli. My god, these Republicans are completely, utterly, bat**** crazy. Of course, if Cooch DOES end up on the state Supreme Court, one person will be REALLY happy — Ed Gillespie, who would not have to face his strongest potential rival for governor in a GOP convention next spring. The only question is whether the Gillespie folks are actively pushing Cooch for Supreme Court behind the scenes, because it’s really a brilliant move for them if they are… 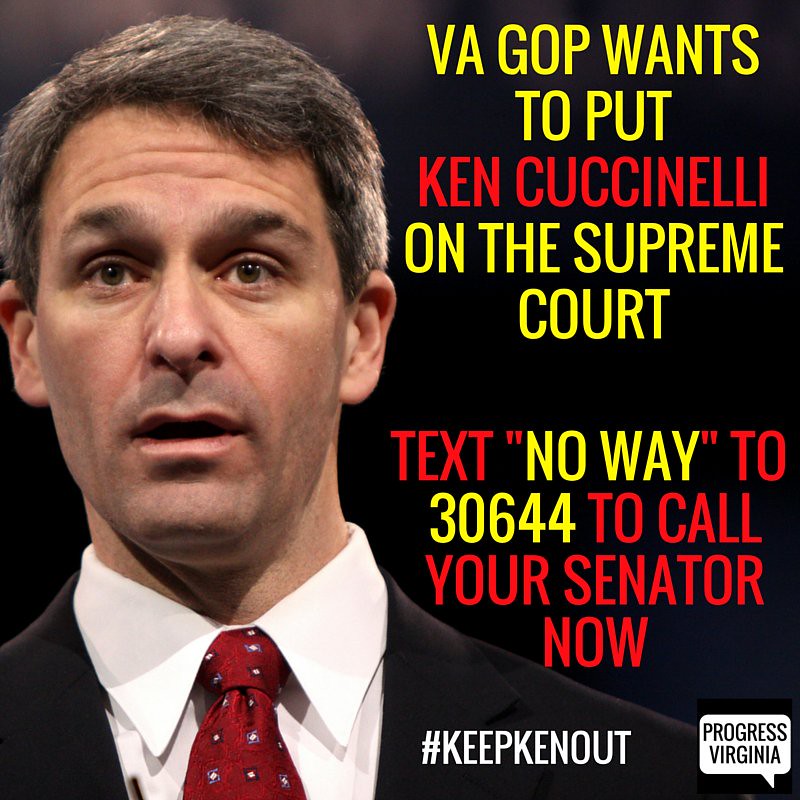 P.S. For background on how crazy Cuccinelli is, see Video: Ken Cuccinelli Summarized in 47 Seconds (“Ken Cuccinelli is: ‘pro life, anti gay, and a climate change denier…[he’s] equated Medicare to mugging the sick and elderly…he has sued the EPA, he has suggested that gays are not protected by the 14th amendment, and he has said your Social Security number is being used to track you.'”) 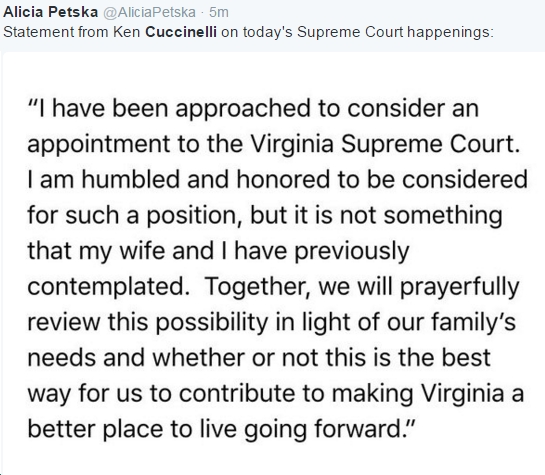