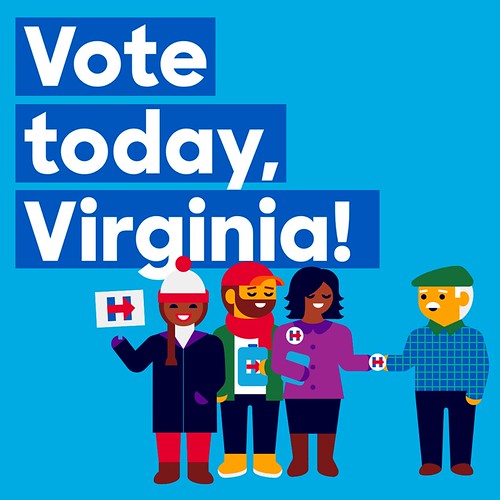 Today is presidential primary election day in Virginia. As usual, polls are open from 6 am to 7 pm, and you can vote at your regular polling location – WITHOUT having to sign any party “loyalty oath,” by the way. So make sure your voice is heard, whoever you’re supporting.

For my part, I’m going to be voting for Hillary Clinton, as I strongly believe she is the best candidate thanks to her vast domestic and foreign policy experience; her pragmatic progressive political philosophy that can actually build on the many accomplishments of President Obama the past 7+ years; her ability to win the general election this November and to hit the ground running on day #1 in the White House. While I like and respect Sen. Sanders, I don’t see his platform as at all realistic given the political realities of this country, and I seriously worry that if he were the Democratic nominee, we could lose the election to one of the far-right extremists, xenophobes, homophobes, etc. on the Republican side. Speaking of which, does anyone seriously think that Marco Rubio or Ted Cruz is any better than Donald Trump in terms of policy or even temperament for the job? If so, you must be smoking something strong, probably illegal in Virginia. Heh. Seriously, though, there are no good choices at all on the Republican side – even John Kasich is highly conservative by almost any standard, only SEEMING “moderate” in relation to the three extremists (or four, if you count freakazoid Ben Carson) who are the frontrunners for the John Birch Society’s…er, White Nationalist Party’s…er, GOP’s 2016 presidential nomination.

With that…what are you seeing and hearing out there? What’s turnout like in your neck of the woods? Who did you vote for and why? Feel free to add your observations in the comments section.