On June 14, Arlington Democrats are holding a primary for County Board. The two candidates are 1) incumbent Arlington County Board member Libby Garvey, who was forced out of the Arlington County Democratic Committee following her backing (campaigning, endorsement, fundraising, etc.) of Republican John Vihstadt over Democratic nominee Alan Howze for County Board in 2014; and 2) Democrat and progressive Erik Gutshall, who is running an impressive campaign that could very well topple Garvey.

One big question is whether Republicans will turn out in large numbers for the Democratic primary (since here in Virginia there’s no party registration, there’s nothing to stop them), whether to reward Garvey’s support for Vihstadt or because they see Garvey as less progressive than Gutshall or whatever. Along those lines, I was struck by a letter to the editor in this week’s Sun Gazette, which argues that:

Anyway, I was intrigued about the person (Jim Derrig) who had written this letter. I’d never heard of him before, but a couple minutes on Google found two interesting data points: 1) in 2013, he received “special recognition” by the by Arlington County Republican Committee; 2) he served as “Candidate Development Director” for the Arlington County Republican Committee. So yeah, Gerrig (or anyone else) has the right to state his views – even if they’re completely false, which in this case of course they are – about Democratic County Board candidate Erik Gutshall. But it would have been VERY helpful to know that he’s a Republican activist and certainly not a Democrat or someone with our party’s best interests at heart.

The bottom line is that this Republican is busy supporting John Vihstadt’s close ally Libby Garvey, while “concern trolling” Democrat and progressive Erik Gutshall. All the more reason to vote for Gutshall on June 14, and not to allow Republicans to tell Democrats who their nominee should be.

By the way, here’s Gutshall’s first mailer, which I just received in the mail today. Go Erik! 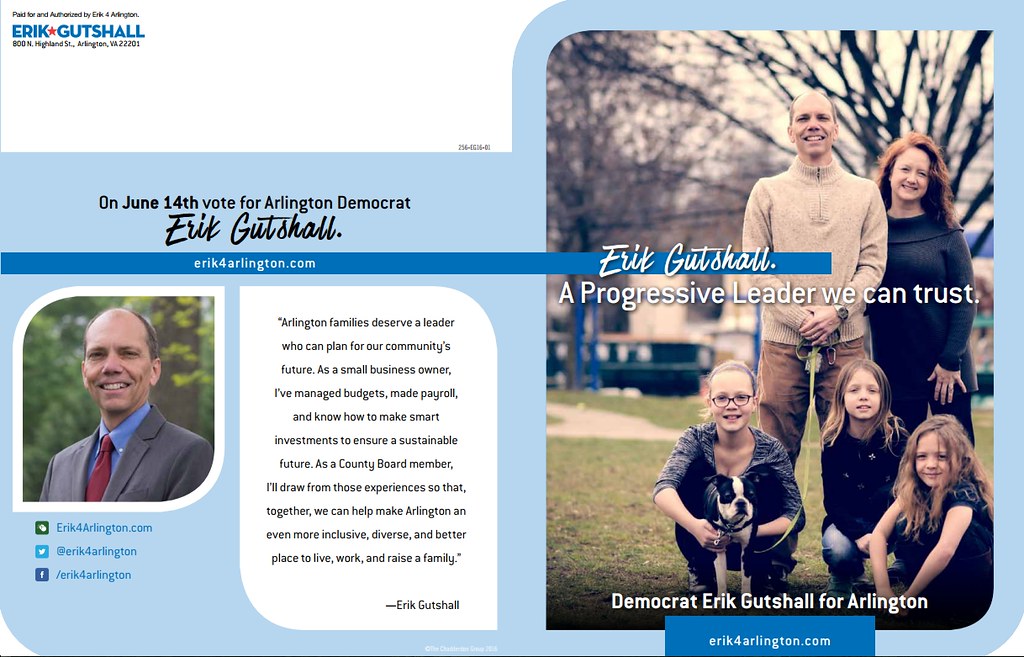 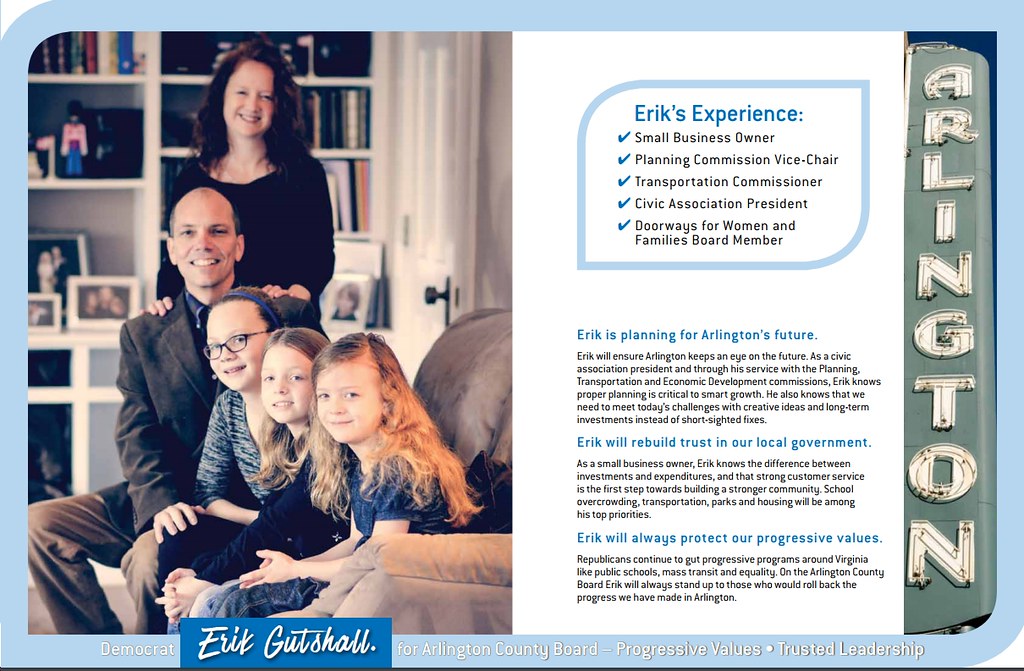