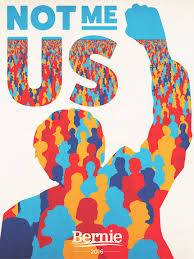 The remarkable Bernie Sanders campaign is over. There is no path forward. Not on pledged delegates, not on super-delegates, not on popular votes. I do not believe he will contest the convention but he will press on until every vote is cast. And he will take his message to Philadelphia.

We owe Sanders a great debt. He shined a bright light on issues from climate change to income inequality. His message has dominated our political discourse and set the Democratic Party agenda for this election. It has forced Secretary Clinton to acknowledge the concerns and energy of the progressive base. And he showed it is possible to mount a serious national campaign without corporate money or super pacs but with just $27 contributions from average voters.

Those of us who are Sanders delegates or seeking to be national delegates will remain such until we are released. And we will continue to fight for his agenda. But we have always known, in our heart of hearts, that the political revolution Bernie sought was not about one man. In his own words, “not me, us,” Sanders demonstrated that we, the people, hold the key to change. Not a single politician.

So, tonight I congratulate Hillary Clinton on her historic victory. We can all take just pride in the shattering of another of America’s glass ceilings. Especially for our daughters this is an important moment. The arc of history bends again. And that is progress.

We will unite to defeat Donald Trump. The stakes are too high to do otherwise. But we must continue to resist the status quo. We must continue to build the progressive movement so that our vision of economic, racial, and environmental justice will succeed. That vision, promoted by millions of people from coast to coast, will remake the Democratic Party, the nation, and the world. Onward.