First, here”s a tweet by a parody account of some sort on August 3, 2015, mocking 2013 Virginia GOP Lt. Governor nominee (and 2016 Cruz, then Trump supporter) EW Jackson for his crazy beliefs about yoga leading to Satan.

Now, here’s EW Jackson’s response this morning…over a year later. Is this guy obsessed or what? LOL Also, weird how many things he assume (e.g., some random Twitter account under a pseudonym MUST be a reporter – how does EW Jackson know that?). Seek help, dude, seek help… 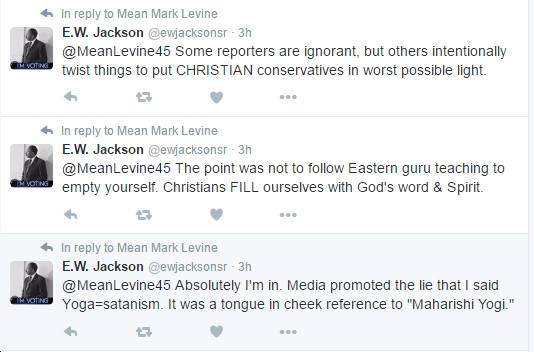