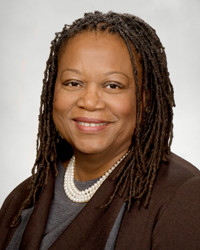 Good choice by the Virginia Senate Democratic caucus, congratulations to Sen. Locke! (now if we could only get a replacement for Dick Saslaw as Democratic “Leader”) By the way, Locke defeated George Barker and Dave Marsden, running as a team; as well as Barbara Favola.

Said Senate Democratic Leader Senator Dick Saslaw (D-Fairfax), “We are certainly going to miss Donald, but we look forward to working with Mamie in this new capacity. She brings expertise and insight to the caucus mission and a strong voice when it comes to our stated goals of strengthening the economy, retooling our workforce, and leaving no Virginian behind.”

Said Senator Locke, “I am humbled by this opportunity to lead my colleagues as we plan for 2019 and as we reframe ourselves as a Caucus of the Future. We owe it to our constituents and to Democrats across Virginia to adopt a legislative agenda on day one that speaks to the needs of our base. We must be the voice of hope and change to the citizens of the Commonwealth if we are going to reach the goal of 21 seats. As a Caucus we are ‘stronger together’ and I look forward to leading us into the 2017 legislative session and beyond.”

Senator Rosalyn Dance (D-Petersburg) was elected to the role of Treasurer – the leadership position formerly held by Senator Locke.