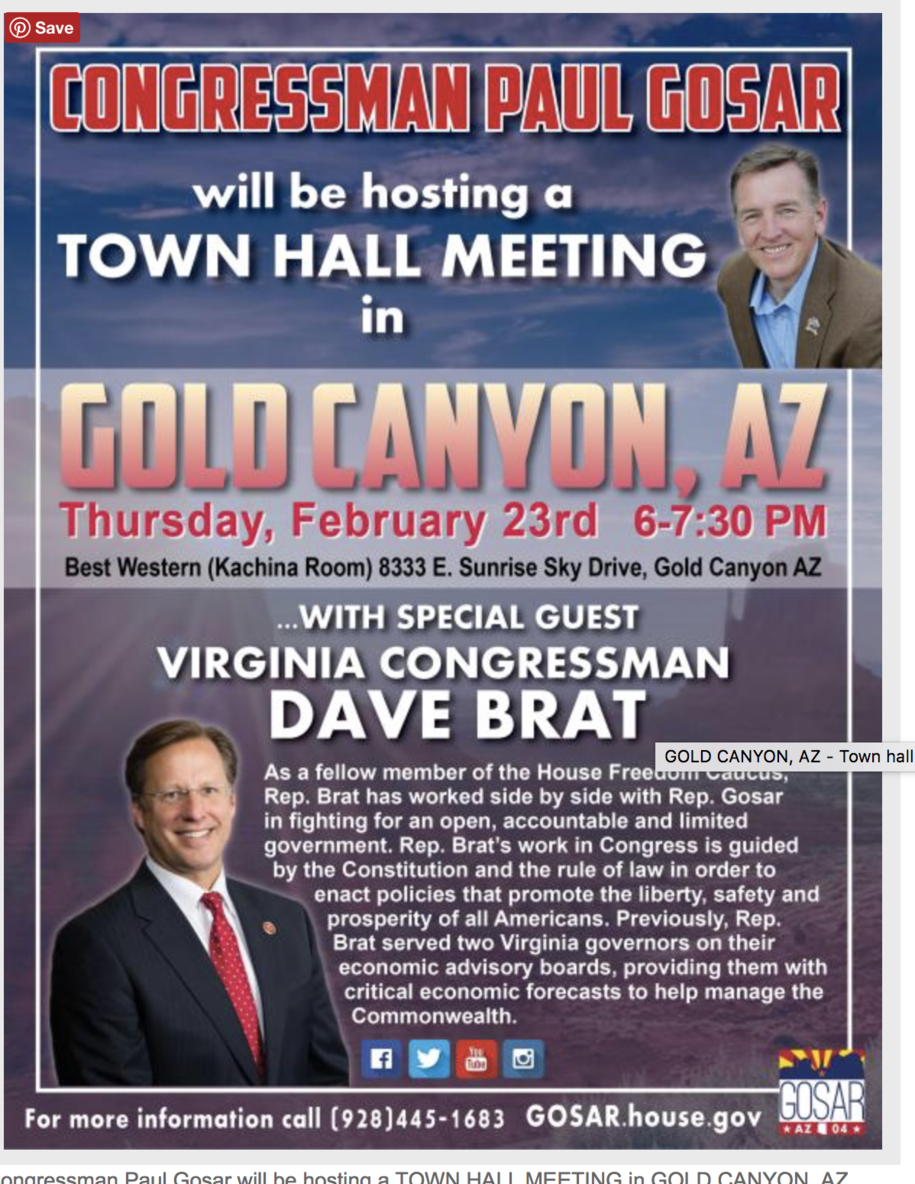 Constituents in Virginia’s US congressional 7th District have been asking their Congressman Dave Brat for a town hall meeting. Their requests have gone unanswered. This past Saturday, about a dozen concerned citizens tried to get face time with their congressman while he attended a Tea Party fundraiser in Hanover County — on the edge of Brat’s district. They were denied.

At least one of the constituents was able to get inside the event and video tape Brat’s speech, where he said “…since Obamacare and these issues have come up, the women are in my grill [big laughs from crowd] no matter where I go. And they’re saying…they come up — when’s your next town hall —  and believe me, it’s not to give positive input.” READ FULL ARTICLE HERE

With heat from the media to answer his constituents’ question of — WHEN WILL BRAT HOLD A TOWN HALL MEETING —  he replied on his Dave Brat for Congress Facebook page:

“Over the past couple of weeks my office has been inundated with phone calls, and emails and comments on social media requesting a town hall meeting, and believe me, I fully intend to have plenty of town halls that are open and transparent as soon as our first 100 days agenda is implemented and we come up for a breath of air.”

He goes on to talk about “Democrat rhetoric” and how, “This level of vitriol doesn’t bode well for future town halls….” So, the question remains — will Brat hold a town hall for his own constituents and when will he get around to doing so?

We now know he’ll be in Gold Canyon, Arizona on February 23rd for a town hall there — 34 days into the 100 days Brat mentioned in his excuse for not holding a town hall in his own district.