I put together word clouds of the first inaugural addresses by Presidents Trump, Obama, Bush 43, Clinton, Bush 41, Reagan and Carter. To the extent word clouds are useful, you can definitely see some interesting similarities and differences between the speeches. Here are some quick observations…

Donald Trump’s inaugural address: will go down in history as the infamous, hyper-nationalist, chest-thumping “America First” speech, I bet. 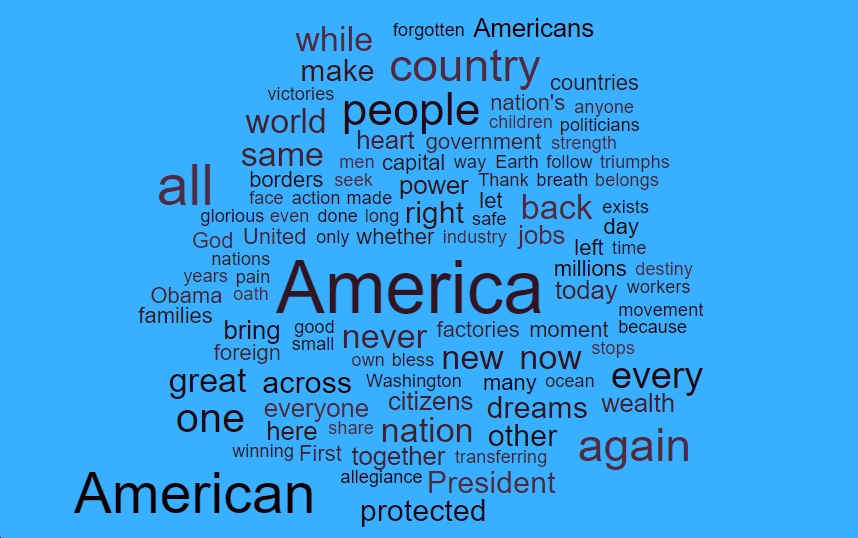 Barack Obama’s first inaugural address: “nation” jumps out, as does the word “because,” perhaps reflecting Obama’s tendency to want to explain things, as opposed to Trump, who simply asserts things, often completely false. Also note the words “all,” “common” and “every”…Obama’s speech much more unifying than Trump’s, which was belligerent and apparently aimed at his “base,” not the entire country. 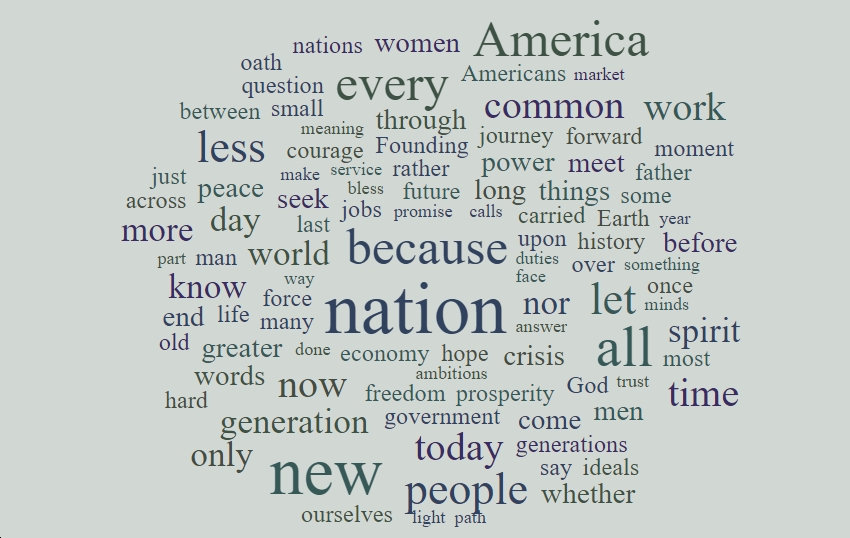 George W. Bush’s first inaugural address: kind of a hybrid between Trump’s word cloud – lots of uses of the words “country,” “America” (or as Dubya would say, ‘Murica) and “Americans,” plus “freedom” (something that USED to be a Republican/conservative value, not sure about that anymore), but also “courage” and “character,” “principles” and “compassion,” things that Trump is not big on… 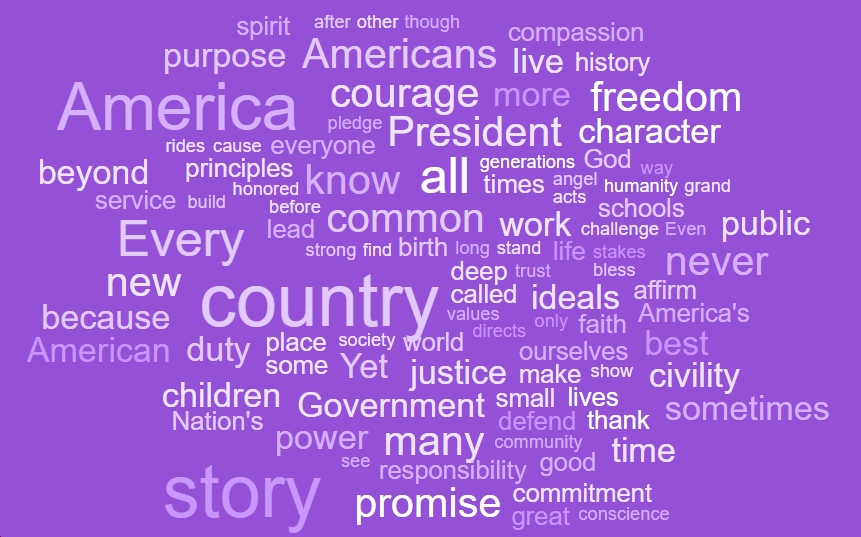 Bill Clinton’s first inaugural address: the frequent use of the word “world” jumps out at me as a big difference from Trump’s speech, which emphasized “America First” over the rest of the world. 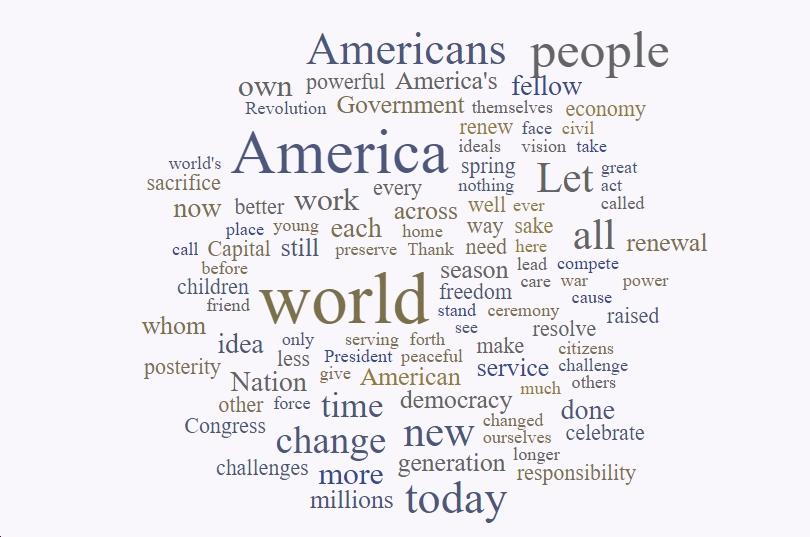 George HW Bush’s first inaugural address: Kind of a hodgepodge, hard to get a read on this one… 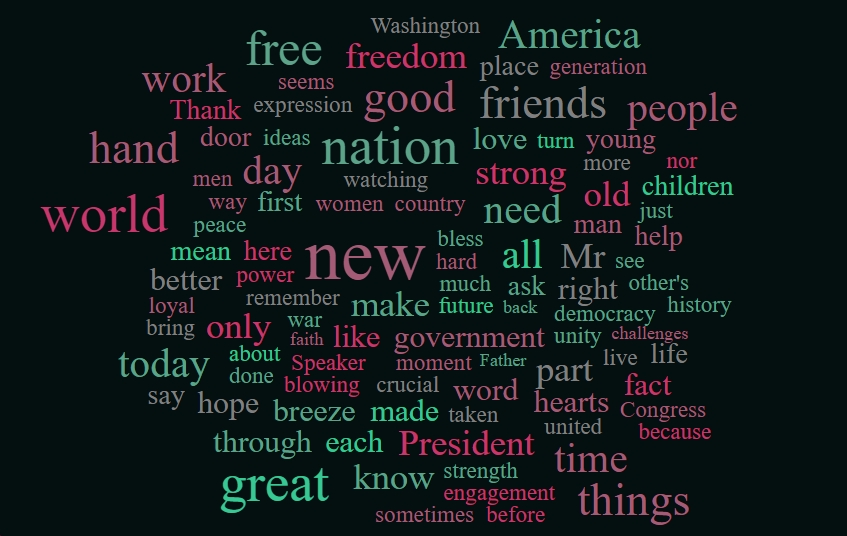 Ronald Reagan’s first inaugural address: lots of government bashing in this one, much more than in Trump’s speech believe it or not. 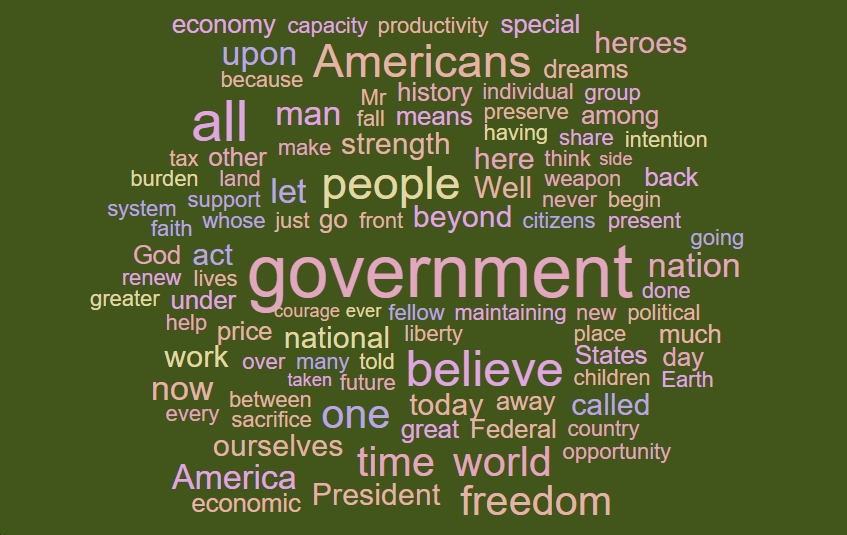 Jimmy Carter’s inaugural address: unifying words like “together” and “all” and “human”; positive/uplifting words like “dream,” “spirit,” “strength” and “freedom”; and frequent use of the word “new.” 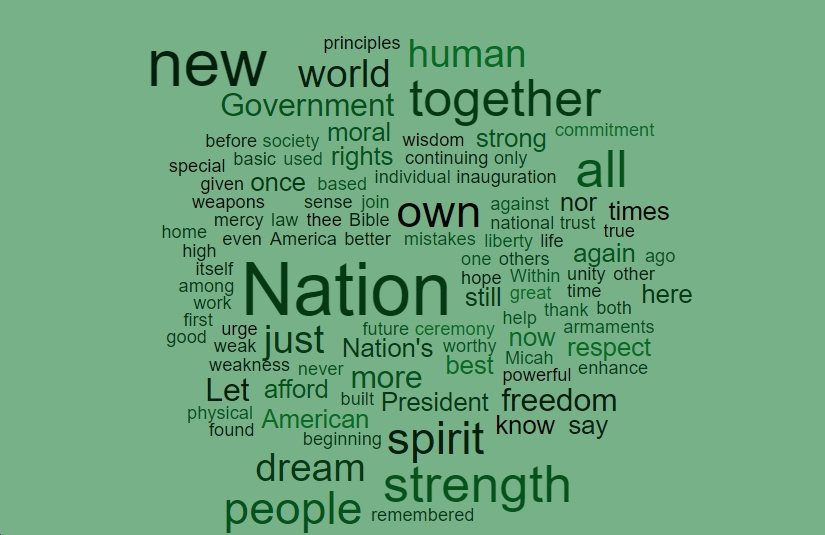