A lot of us have been wondering and speculating about whether or not Arlington County Board Chair might run for reelection this year- or decline to run for another term, after almost 20 years of service. Well, now we know the answer (see Arlington County press release, also a statement from Del. Patrick Hope, below). Personally, I thought Jay was an excellent, progressive member of the County Board for years. Having said that, I was not pleased about Fisette’s decision on November 2014 to cancel the Columbia Pike streetcar project, and I was even less happy with the way he went about it (e.g., streetcar supporters still had a 3-2 majority on the County Board; the decision was never put to a vote or put through the usual “Arlington Way” process). Still, there’s no question that Jay Fisette contributed a great deal to Arlington County being the great place it is today. I thank him for his service and wish him well!  Now, on to the election to replace him. Paging…Erik Gutshall [UPDATE (3:20 pm): I just confirmed with Erik that he’s definitely running]? Kim Klingler? Peter Fallon? Terron Sims? Abby Raphael? others? (I believe the “firehouse” caucus will be on May 11 and May 13, presumably using Instant Runoff Voting, but stay tuned)

Arlington County Board Chair Jay Fisette said today he has decided not to run for re-election to the Board this year.

“I just returned from a trip abroad, where I gave this a lot of thought,” Fisette said. “I have decided that it’s time to find a new platform and seek new ways of protecting and advancing some of the progressive values that are so important to me, values we have championed here in Arlington that are threatened by the current administration. I will not seek a sixth term on the County Board. Stay tuned.” 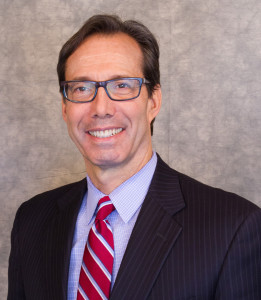 His nearly 20 years of service on the Board “have been an honor and a privilege,” Fisette said. “I have often said that I am not sure I would have run for office in many other places, yet Arlington always felt like a great fit for me. This community has such a strong tradition of policy-based good government where community involvement is encouraged and matters.”

Arlington, he said, “embraced me as a gay man long before such an endorsement could be presumed, long before it became the norm.” He has fought hard, Fisette said, to ensure Arlington has remained an inclusive and welcoming community.

Fisette, first elected to the Board in 1998, said he has found it “exhilarating to work with visionary Board members, some of the most talented professional staff anywhere, and a deeply civic-minded community to transform Arlington in a way that has made it one of our nation’s most dynamic, desirable places to live,” Fisette said.

“It has been gratifying to help create a vision and then work to actually bring that vision to life – we have proven that you can be both fiscally responsible and progressive. I hope that Arlington continues to aspire and inspire.”

Fisette cited his decades of work on long-term sustainability issues, including smart growth urban planning, strong environmental policies including adoption of the Community Energy Plan, a multi-layered transportation system that includes Metrorail, bus and Capital Bikeshare, and a robust local affordable housing program, as among the accomplishments of which he is most proud.

“I believe in the power of collaboration and regionalism to make a difference,” he said.

“I have thoroughly enjoyed this work and will continue to do so through December,” he said. “And then others will continue the important work of planning and serving our community. Part of the challenge, and the satisfaction that comes from this job, is that the work is never done – that our community can and will always get better.”

Fisette has lived in Arlington since 1983 and has owned a home in Ashton Heights, with his husband, Bob Rosen, since 1987. The couple will stay in Arlington, he said. “We love Arlington and it will always be our home.”

Richmond – Today, Jay Fisette announced he would retire from the Arlington County Board.  Patrick Hope said, “Jay’s departure from the County Board is an enormous loss to the Arlington community. His experience and understanding of Arlington’s role in the region will be sorely missed. He leaves behind a lasting legacy on Arlington that will last generations and he should be proud of his service.”