You might say that when someone says they are challenging another person for a political office – for instance, Tom Perriello announcing in early January that he would be running against Ralph Northam for the 2017 Democratic gubernatorial nomination – that there’s no doubt that the “battle is joined.” And there’s certainly some truth to that. But for weeks in the Northam vs. Perriello contest, I’d argue that we were in a kind of “sitzkrieg,” in which clearly war had been declared, but nothing much seemed to be happening in terms of either candidate going after the other one. Well, now, something is most definitely happening, as the “sitzkrieg” appears to have come crashing to an end. To wit:

In mid-February, the Ralph Northam campaign went after Tom Perriello aggressively, whether in the February 11 Washington Post, where Northam spokesman David Turner ripped Perriello (“When it came time to stand up to big oil, stare down the NRA or commit to being pro-choice, Tom’s boldness vanished“) or on the February 16 John Fredericks (right-wing radio) Show, where Northam pounded Perriello (in part for Perriello’s comments, quickly retracted, that the election of Donald Trump was akin to a political 9/11 for Democrats), then Northam’s campaign sent out a transcript of said pounding the next day just to emphasize what he said, in case you missed it.

Meanwhile, Northam’s surrogates were busy as well, with Senate Democratic Leader Dick Saslaw claiming (again on the right-wing John Fredericks radio show) that Northam would win in a “blowout” (probably 70/30 “at least”; “there’s no support for [Tom Perriello] out there”) while Perriello is (supposedly, according to Saslaw) “doing mea culpa on guns, abortion, the environment, you name it, I mean this guy…more flip flops than anybody I’ve ever seen…” Ouch.

While all that was going on, I heard veiled pushback from the Perriello camp, but still a clear determination to stay “positive” in this race, with Perriello referring to Northam as a “nice gentleman” and stuff like that. Well…that now seems to be changing – fast and furious. Check out this “tweet storm” by Perriello’s Communications Director Ian Sams late last night, referencing this New York Times story on the Virginia Dem gov primary and calling out Northam for voting for George W. Bush twice, and judge for yourself. 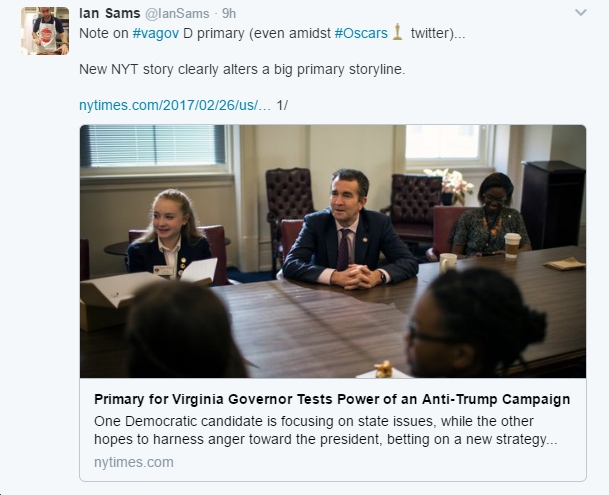 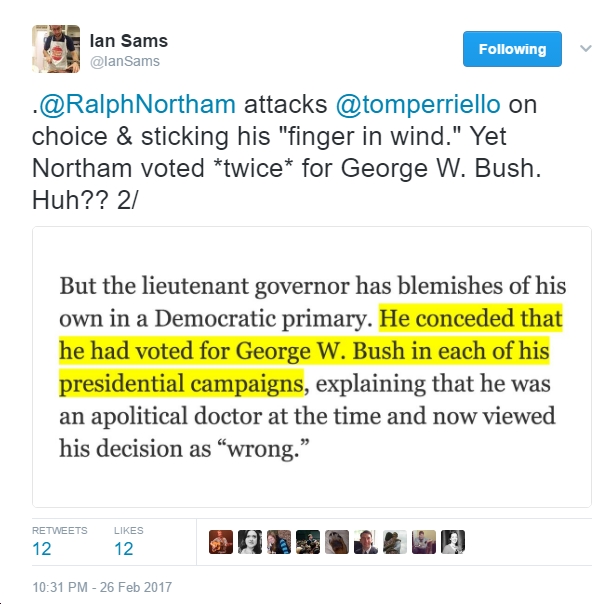 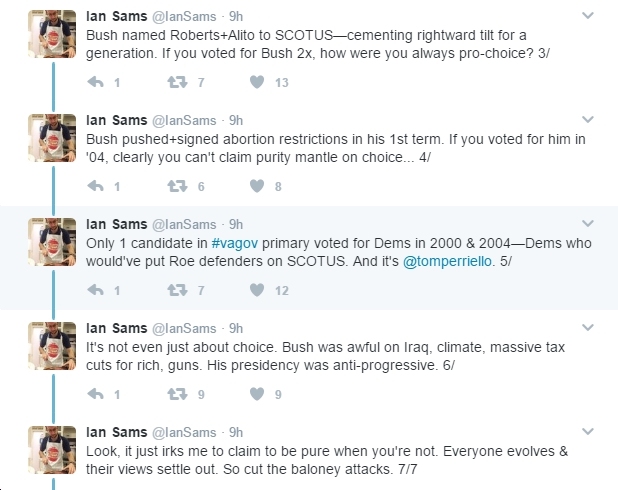 In sum, with the Virginia General Assembly mercifully concluded, and with Ralph Northam now free to campaign 24/7, the Virginia Democratic gubernatorial “sitzkrieg” seems to be rapidly morphing into more of a “blitzkrieg.” This could get interesting – if not bloody – real fast, so stay tuned…

P.S. Somehow, I don’t think I’d ever heard that Northam had voted twice for George W. Bush. I certainly don’t remember that coming up in the 2013 LG primary against Aneesh Chopra. Did I miss something on this? Also, how relevant do you think it will be to 2017 Virginia Democratic primary voters that Northam voted for Bush in 2000 and 2004? 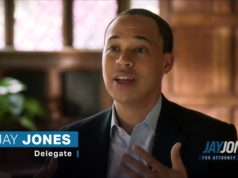