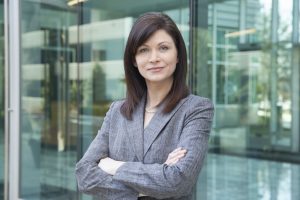 In September of 2016 I kicked off my campaign to represent Virginia’s 67th House District and be a voice for everyone who needs to be heard in Northern Virginia. I’ve dedicated my life to public service and far too often I’ve seen firsthand how policy decisions can affect children, women, working families, and our community.

Now since November’s election of Donald Trump, I’ve talked to countless voters who fear that Trump’s dishonesty, temper, and recklessness is taking our country down a dangerous path.

One touching conversation I had this month was with a voter whose biggest concern is the irresponsible actions Trump is taking with the Affordable Care Act and how it will affect his family and our Commonwealth.

And he is right. This year a lot more is on the line for Virginia when voters go to the polls on Election Day. For example, 3.4 million Virginians with preexisting conditions will lose health care if the ACA is fully repealed and that is unacceptable. With Trump continuing to push a volatile agenda that puts the country in danger, it is up to our elected officials here in Virginia to stand up and fight back.

To finish our conversation at the door, the man did something very unexpected. He called his 10-year-old nephew over, who had been playing video games during our conversation, and told him “I want you to meet Mrs. Delaney because I need you to know, not all representatives are like Trump. She is going to fight for you and protect you down in Richmond.”

As I met his shy smile with a nod, I felt an overwhelming sense of resolve to stand-up and represent the values of our 67th District. Now more than ever we need representatives who will serve the people, and I have committed my entire life to doing just that.

2017 is the year of the resistance and I ask you to join my campaign and fight back today!