Appalling as usual from the Trump administration, as Agriculture Secretary Sonny Perdue comes to Loudoun County, Virginia to announce that “[s]chools won’t have to cut more salt from meals just yet and some will be able to serve kids fewer whole grains, under changes to federal nutrition standards announced Monday…partially rolls back rules championed by former first lady Michelle Obama as part of her healthy eating initiative….the Agriculture Department will delay an upcoming requirement to lower the amount of sodium in meals while continuing to allow waivers for regulations that all grains on the lunch line must be 50 percent whole grain.”

In other words, the Trump administration is hard at work making kids’ school lunches NOT great again. Not cool.

By the way, check out the sharply different statements by one announced 10th CD Democratic candidate (State Senator Jennifer Wexton) and one rumored 10th CD Democratic candidate (VA First Lady Dorothy McAuliffe). For my part, I strongly agree with Sen. Wexton – it’s “reprehensible that [Loudoun County Public Schools] is using students as props in a photo op for a measure weakening federal nutrition standards for school lunches.” As for First Lady Dorothy McAuliffe’s comments, I’m kinda baffled, as there is essentially zero chance of working together with the horrible Trump administration to build on Michelle Obama’s efforts to make school lunches more nutritious. To be blunt, we’ll be incredibly lucky if we don’t see massive regression in this area (and every other area) over the next  3 years, 9 months… 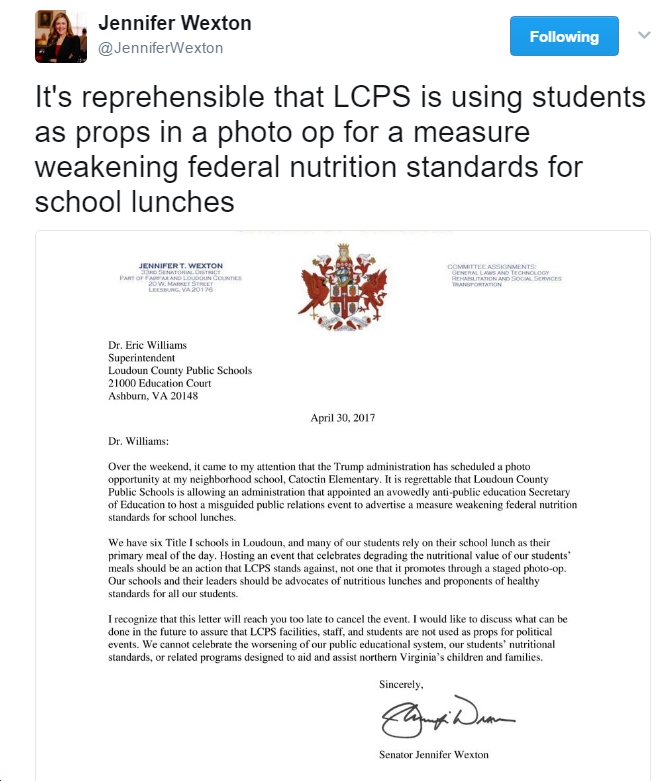 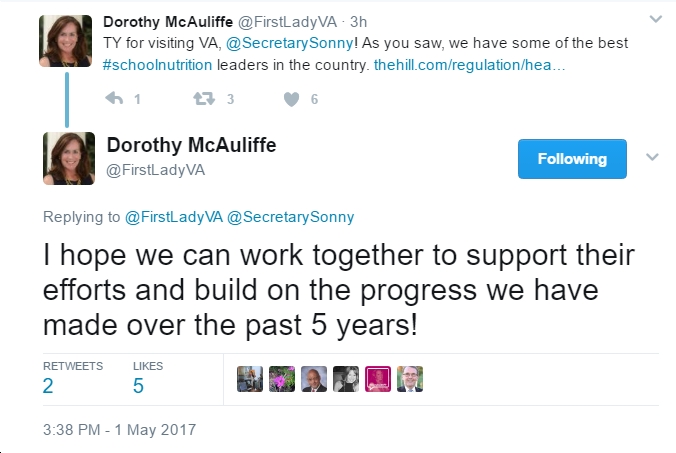