From the Committee for a Responsible Federal Budget:

The Congressional Budget Office (CBO) just released its score of the Better Care Reconciliation Act of 2017 (BCRA). This is the Senate’s version of the American Health Care Act (AHCA) that was passed by the House of Representatives. The bills in many ways resemble each other, but they differ on the subsidy structure for the individual market. You can read our quick take of the differences between the two here (though some small changes have been made to the BCRA).

Among the key findings of today’s report:

The table below breaks down the major elements of the CBO score. 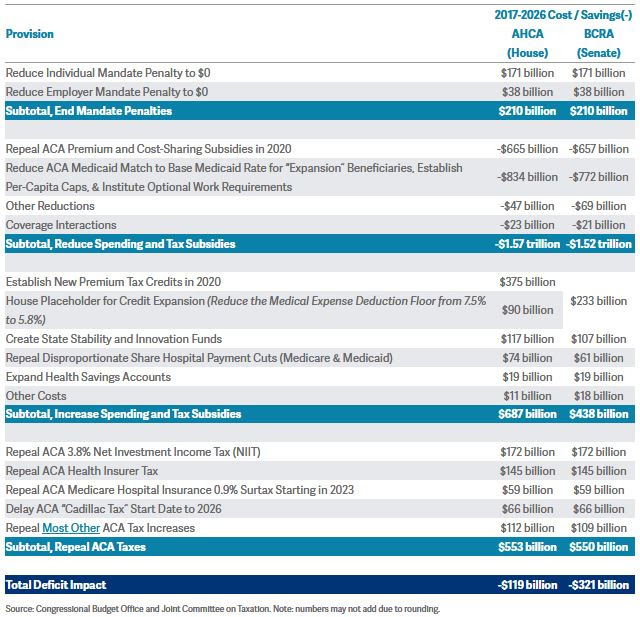 The biggest changes in the cost estimate of this bill versus the AHCA come from the change in individual market subsidies, in which the BCRA’s subsidies cost substantially less – between $140 billion and $230 billion less, depending on how it is measured – than the AHCA’s subsidies. Partially offsetting this effect, the BCRA reduces Medicaid by about $50 billion less than the AHCA over ten years, though reductions would be larger starting in 2025 and by increasing amounts over the long term due to the slower growth rate of the per-capita cap.

CBO estimates the bill would increase the uninsured by 22 million in 2026. This is a result of 15 million fewer on Medicaid and 7 million from the individual market. Employer coverage would change only negligibly on net. The chart below shows how much coverage would change in 2026 compared to current law under the ACA. 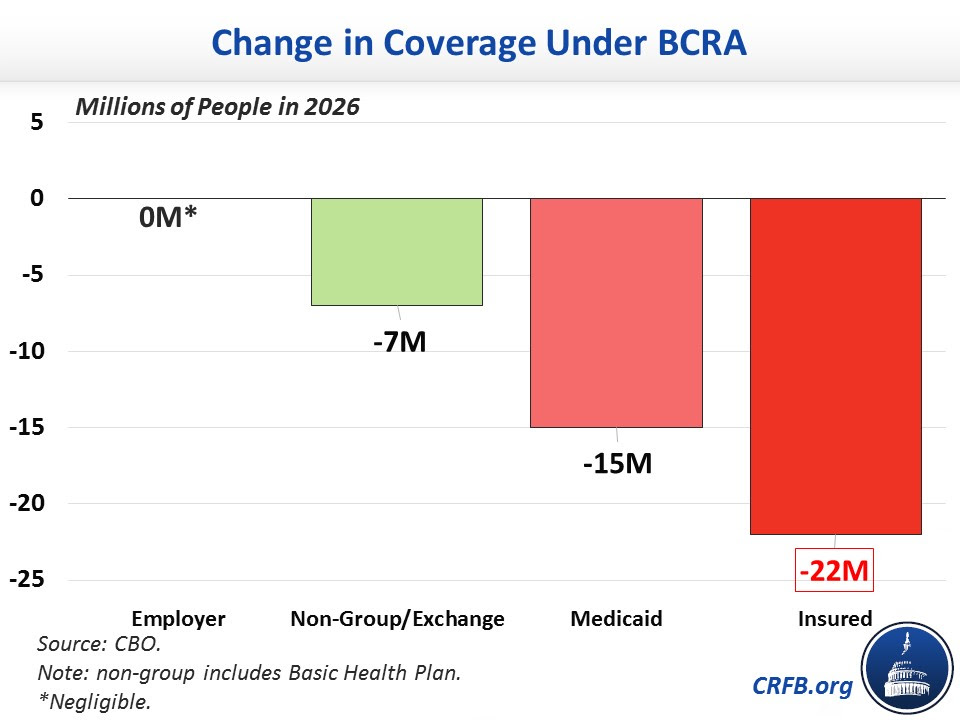 Below is a chart showing the various proposals and their effects on the number of uninsured: 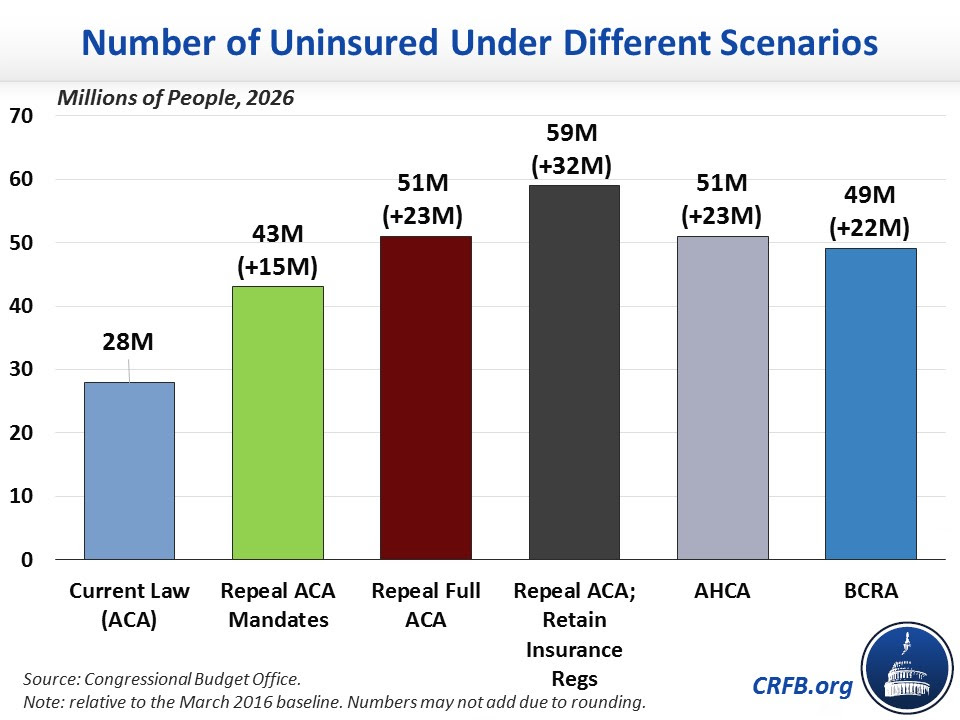 Importantly, CBO’s estimates do not incorporate future changes that could be made to insurance market rules, either by regulation or through further legislation. Such changes have the potential to increase total insurance coverage, but increasing coverage would also likely reduce the net savings.