As my friend Atif Qarni pointed out here a few days ago ago,” New PW County Mosque Opponents’ “fears and concerns are not rooted in reality or facts” but in Islamophobia.” The good news: last night, after hours and hours of public testimony and discussion before the PW County Board of Supervisors, the mosque was approved unanimously, in the wee hours of the morning, along with access to public sewer (note: that vote was only 5-3 in favor).  Check out videos of some of the speakers last night, as well as the vote itself. Great work by Atif Qarni and others who spoke, including Fatima Pashaei, State Senator Jeremy McPike, Democratic House of Delegates nominee Lee Carter, former House of Delegates candidate Ken Boddye, and PW County School Board Member Justin Wilk, all of whom defended one of the most fundamental rights in America – the right to worship freely and for the government not to restrict people’s exercise of their religions. Also thanks to everyone who showed up – and, as the photos below demonstrate, there were a lot of people who yet again showed that “this is what democracy looks like.” Great job, and congratulations!

P.S. I must say, it’s jarring to watch neo-Confederate Corey Stewart, who spends so much time hanging out with white supremacists, xenophobes, anti-Muslim bigots, etc.. putting on a different “hat” and supporting a permit for this mosque. What is he, Dr. Jekyll and Mr. Hyde? Is all the neo-Confederate/white supremacy/immigrant bashing crap an act? Or is THIS version of Corey Stewart an act? Baffling. 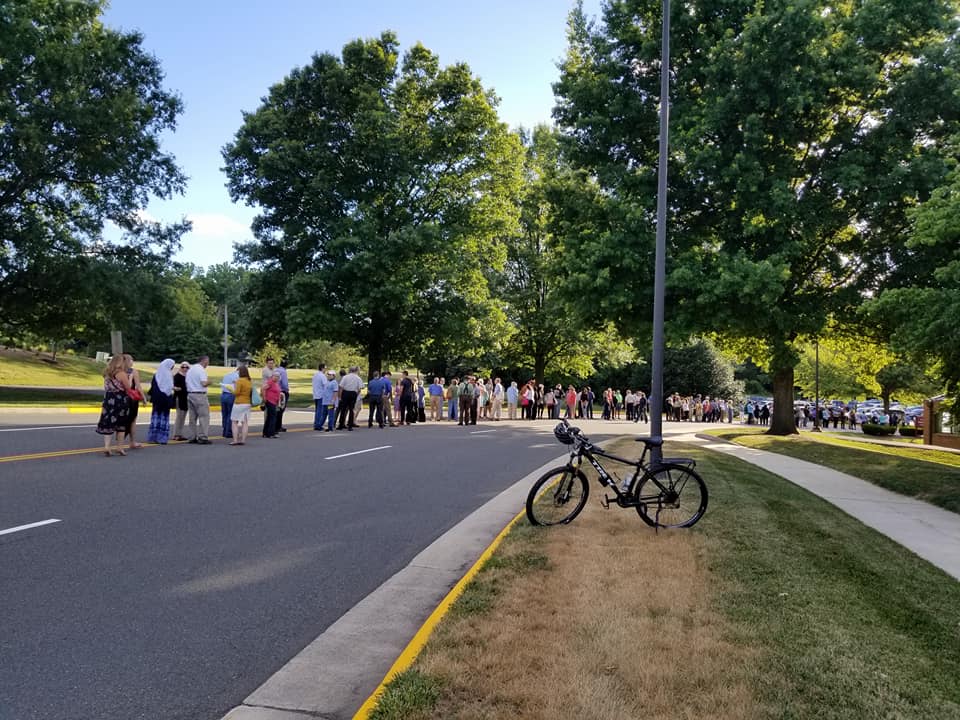 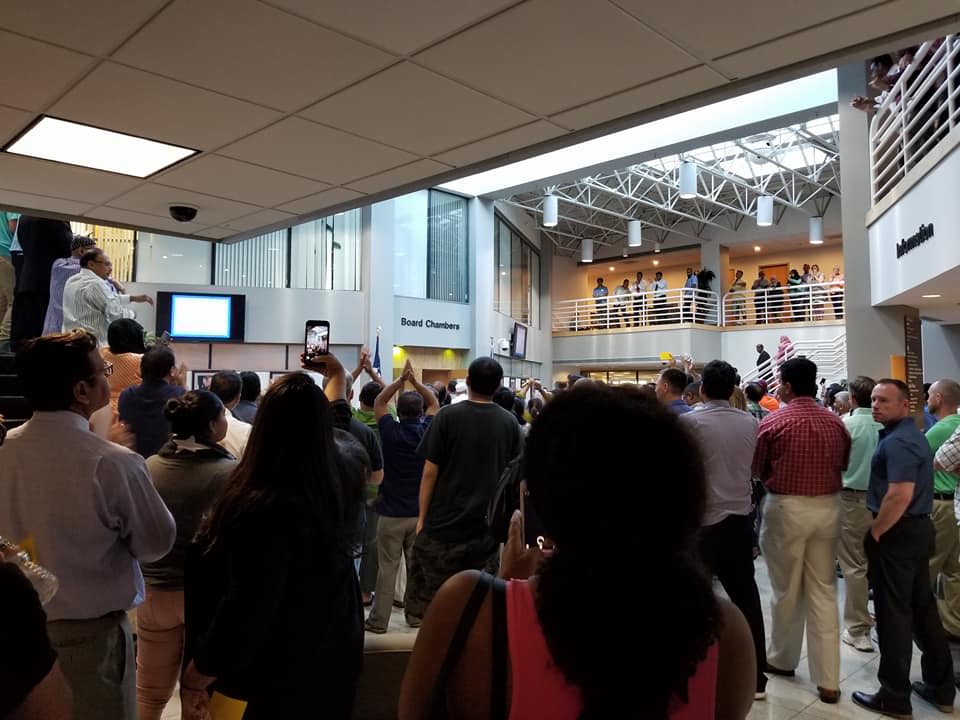