Despite voting with Donald Trump 97.4% of the time, it looks like Rep. Barbara Comstock (R-VA10) has drawn her first primary challenge, someone who if possible is even further right than she is — Shak Hill.  Who is Shak Hill? This is a guy who writes stuff on his blog like “ Republican Identity Disorder (RID): The Republican Establishment Is Not Fit To Govern; Reclaiming American Fatherhood: Part 2 — James Bonding of Men (huh? don’t ask); Take the Offense: Reframe the Issue – No Minimum Wage; and How Comstock Stole Liberty, among other gems. In 2014, Hill ran for U.S. Senate and was trounced by Ed Gillespie at the VA GOP nominating convention, but who knows how he’ll do against Comstock in the age of Trump?  Perhaps he’s the perfect candidate for an extreme, angry, anti-establishment, “know-nothing” GOP base? We’ll see, but for now I’ve just gotta laugh (or cry?) that Comstock, despite voting almost 100% with Trump, STILL has drawn a primary challenge from her right! LOL 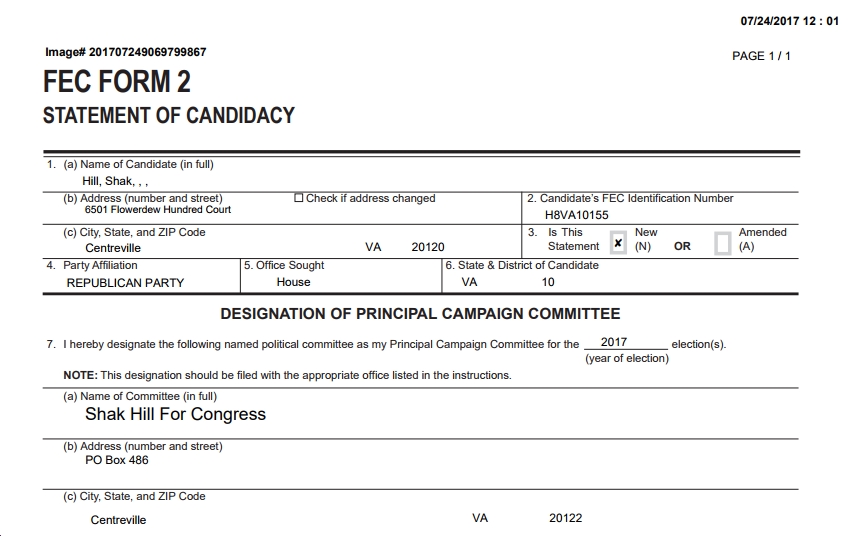