Virginia has a special election on August 29 for an at-large seat on the Fairfax County School Board and Democrats have a great candidate in Karen Keys-Gamarra.

Winning the Fairfax race will prime voters for the November elections, where we’ll need every single vote to get not only our statewides elected, but also delegates in three flippable seats that Clinton won:

These candidates have united behind Keys-Gamarra and are campaigning for her because they realize the advantage to themselves in waking up and energizing voters in August for an election in November (and because they’re good people!).

As Karen says in a recent article, the Republicans are really hoping no one will notice this race.  In fact, they are so desperate to keep the seat, they pulled a stunt in order to force a special election (at huge taxpayer cost) since they know Democrats turn out for those in smaller numbers than Republicans do. 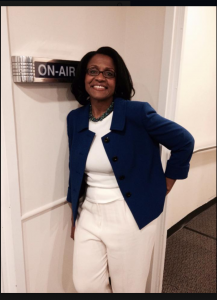 (boldface mine); Elizabeth Schultz is a far-right member of the Fairfax School Board:

School Board Member Elizabeth Schultz has called this our “Scalia seat”. The FCSB has a 9-3 Democrat majority. From bloated budgets to raising their own pay to imposing transgender ideology on Fairfax County schoolchildren, they have acted recklessly. We took 2 seats in the 2015 elections, changing the dynamics on the school board. If we lose this special election, we will lose much of the ground we gained in the last 18 months. If we win, we will have a third responsible voice on the board and strengthen our chances of taking more seats in the 2019 regular elections.

What the heck is “transgender ideology?”  Is it some mutant form of “gay agenda?”  Clearly, beyond political strategies, with this race we need to think of the welfare of Fairfax’s children, and especially of its LGBTQ children, in this Trump / Devos era.

Karen Keys-Gamarra is an attorney with years of experience as a Guardian ad Litem representing children in court.  She understands what’s at play with at-risk children and stressed families and she knows the dramatic difference schools can make in the lives of all children, but especially of the most vulnerable.  Here’s a statement of hers from a recent article:

“We need to protect our school system from the reckless policies being proposed by Donald Trump and Betsy DeVos.  This includes fighting against cutting funds for after-school programs, retaining our exceptional teachers through making wages competitive with surrounding school districts, and enacting policies to discourage bullying and embrace an increasingly diverse population.”

Can the choice be more clear?  Do we not need to do what we can to keep the nearly 200,000 children in Fairfax out of the clutches of far-right wing Republicans?  If you can, please help Karen Keys-Gamarra get out the vote and get on the Board.