Native Minnesotan Corey Stewart, who grew up about as far from the Confederacy as possible while still remaining in the United States, has been reborn in recent months as a full-throated fan of the Confederacy, and specifically of protecting public statues of the Confederacy from “political correctness” or “Antifa” or whatever he’s ranting about today. Kind of reminds me of George Allen, who grew up in the south…of California, and who also was a huge fan of the Confederacy. What IS it with these people, anyway? Do they actually believe this stuff or are they just pandering to the bigoted portions of the Republican “base” in order to win elections? Or maybe both? Who knows, but either way, it’s appalling.

Anyway, reborn neo-Confederate Corey Stewart loves to rant and rave about how liberals/”the left” are hell-bent on destroying “our history,” and about how that history must be preserved from desecration. Sometimes Stewart adds, oddly, that if we don’t preserve our “historical monuments,” then history will be forgotten, and then god knows what might happen? (side questions: 1) does anyone actually learn history from a statue? 2) what do people learn about history when the statues are overwhelmingly from one side of the conflict, in the case of the Confederacy that being – not surprisingly – Confederate officers and soldiers, as opposed to the people who were bought and sold, abused, raped, murdered,  etc. by said Confederacy?)

But let’s just focus for a moment on Corey Stewart’s “argument” (using the word VERY loosely) that taking down “historical” statues is some sort of grievous assault on our shared memory, and that without those daily reminders, we are all doomed – DOOMED I say! – to forget that history and to, as George Santayana might warn, repeat it. So, by that reasoning, I guess Corey Stewart would argue that: 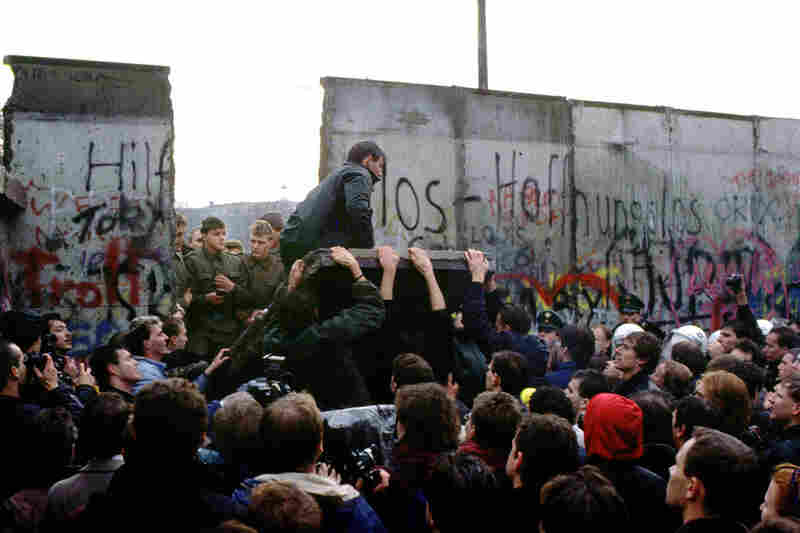 I could go on all day with this, of course, but I think the point is obvious — that remembering history, let alone learning appropriate lessons from that history (e.g., that fascism and Communist totalitarianism are evil) doesn’t require that people leave monuments to those dark histories standing in public spaces.

Now, in some cases, like the Nazi concentration camps (which can’t be moved, nor should be moved even if they could be), I’d argue that it’s crucial that people can see for their own eyes, in the actual historical location, what can happen when genocidal ideology runs amok. But why leave up monuments erected to honor the BAD GUYS — Hitler, Stalin, Saddam Hussein, etc? What on earth does that teach people? And if those monuments to heinous historical figures are so important to understanding history, why not move them to museums, where they can be placed in appropriate context? Why is it necessary that everyone drive by and see a towering statue of a figure who oppressed/enslaved/tormented/murdered their ancestors?

Not that we’ll ever get any intelligent, coherent answers from a demagogue and cynical politician (and/or true believer?) like Corey Stewart, but still…just thought I’d ask.