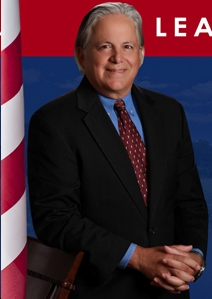 Back in March, I reported on three Democrats — former Marine Edwin Santana, “author, professional genealogist, historian, and professional speaker” Vangie Williams and Prince William County School Board Chair Ryan Sawyers — running to take on absymal Rep. Rob Wittman (R-VA01) next year.  Now, another Democrat, self described “pragmatic and progressive” Tom Hicks, (see his statement below) has thrown his hat in the ring. It’s a tough district, but hopefully we’re talking about a big “wave” election next year for Democrats and we can pick off a few of these “red” district seats. Certainly, with Trump’s approval numbers in the 30s, and also based on the number – and quality – of Democrats announcing for Congress across Virginia and the country, there’s a sense that we’ve got a great chance to take back the House of Representatives next year. Our job, if we choose to accept it, is to turn that potential into reality.

Tom Hicks:  Why I am Running for Congress

I am running for this office because I believe that the political process at the national level is broken and ineffectual and is in need of leaders that will pursue progressive and pragmatic policies, and confront the politics of fear and division.   The Republican House of Representatives is taking this country in the wrong direction and Democrats have the opportunity in 2018 to win control of the House and redirect that course. I can help redirect that course by winning in Virginia’s 1st congressional district.

I am U.S. Naval Academy graduate, former Navy nuclear submarine officer, engineering consultant, small business owner, husband and father.  I believe in and want to serve my country again. Winning in the 1st district is going to be an uphill fight but it can be done with a candidate that has the leadership, experience and ideas to go toe-to-toe with the incumbent, Rob Wittman. I believe that I am that candidate.

I believe that this nation’s success depends on its commitment and capacity to develop and nurture the capabilities of its citizens.   This requires us to embrace diversity, recognize the realities of a changing marketplace, appreciate the value of hard work, and commit to something greater than ourselves.  At the same time, I believe that, in the words of Ghandi, “A nation’s greatness is measured by how it treats its weakest members.”  It is time that we demonstrate America’s greatness.

I believe that as citizens, we have an obligation to be informed about the issues that affect our community and our nation.  Toward that end, I will communicate with you openly and honestly about important issues and necessary actions.   I believe that we must listen respectfully to one another.  As your congressman, I will seek first to listen and understand, and promote involvement by each member of our community.  I believe that we all benefit when every citizen participates in the development and safekeeping of our communities.

Our Nation, our Commonwealth, and our District face a decision in 2018 to either continue with the current policies of a Republican-led House of Representatives that favor the interests of the wealthy over the middle class and poor, discrimination over equality, partisanship over bipartisanship, and isolationism over leadership, or to choose a new path that is founded on pragmatic solutions to our country’s most serious issues, while protecting the environment and the interests of the young, the poor and the disadvantaged.

I bring the strengths and abilities necessary to be effective in Congress, including leadership, integrity, stamina, willingness to collaborate and the ability to define and resolve issues.  My military experience, business experience, compassion, respect for others, patriotism and love of country will serve as my foundation and my rudder as I pursue this endeavor.

In the words of John F. Kennedy, “I look forward to a great future for America – a future in which our country will match its military strength with our moral restraint, its wealth with our wisdom, its power with our purpose.”