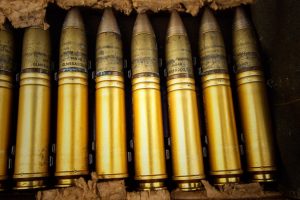 For the average member of Congress, there is no shortage of extremely difficult public policy problems to solve. Ending the opioid crisis, breaking the cycle of poverty, and making housing more affordable are all weighty, thorny issues that good people can disagree on how to tackle.

Gun violence, however, is not a difficult policy problem to solve. From mass shootings, to gang and domestic violence, to suicides using a firearm, we already know how to dramatically drive down the rate of these horrifying incidents. As evidenced by the experience of every other industrialized nation in the world, the amount of gun violence in a country is largely determined by strictness of gun ownership laws and regulations of that country. Nations like Canada, the UK, and Japan, have all figured out that imposing regulatory hurdles and generally making it harder for people on the margin to access gun helps them avoid America’s fate on gun violence. One need only look at the way we regulate airline safety, prescription drugs, or even becoming a lawyer to understand that the greater the hurdles, the fewer the people on the margin will obtain the desired thing.

With such obvious grounding to at least try to tackle gun violence by making guns harder to access, it would be nice to think we could build a coalition around winning the hearts and minds of voters. But that won’t happen, at least not in my lifetime. Guns are very popular, gun owners and manufacturers are powerful, and the nation as a whole decided long ago that tens of thousands shot and killed every year is perfectly acceptable if it means they themselves can always easily access a weapon of mass murder. Ending gun violence in America means ignoring this broad consensus.

As a result, gun reform advocates have only one real chance: push through unpopular reforms once the Democrats hold Congress and the White House. The question—of course—is what reforms should these be? Mandatory gun insurance, stricter licensing and background checks, banning broad classes of weaponry, mandating smart gun technology, allowing individuals to more easily sue gun manufacturers—all of these address some part of the puzzle to ending gun violence in America.

But there is one approach that is the easiest both in terms of politics and policy, requiring only 51 votes in the Senate in many cases.

It’s regulating and taxing the deadliest forms of ammunition.

Bullets are the Achilles’ heel of gun violence. Guns can last forever, and there are already more than 300 million guns in circulation. This saturation of guns limits the effectiveness of most traditional gun control measures. Bullets, however, have very short shelf lives and aren’t very easy to produce oneself. The deadliest guns in America can be rendered obsolete if a class of ammunition is simply too difficult to access.

Think of it this way: if you found out that iPhones were killing 30,000 people a year, you could pass a bunch of laws banning them or requiring licenses or have the authorities seize them. Or, you could do the much easier thing and just have Apple perform a software update that bricks them all.

Congress already has broad powers to regulate and tax ammunition, and best of all, regulating bullets sidesteps the disadvantages of traditional gun control efforts due to the endowment effect. The idea of regulating bullets just doesn’t muster the same emotional response as regulating guns does.

On the taxation front, a savvy group of legislators could easily put together budget instructions that place increased excise taxes and import duties on individual classes of ammunition, exempting safer recreational ammunition like .22 caliber bullets. An aggressive approach would identify the deadliest ammunition and ratchet the tax level up to some prohibitively high figure. Legislators can tailor the level of taxation as needed to win 51 votes.

One added bonus of this approach is that the revenue from these taxes can be used to fund legislative priorities for more rural members of Congress whose constituents tend to be more hostile to gun reform efforts. For example, the revenue from increased ammunition taxes could be used to fund rural mental health centers, or go toward first responders more generally.

The regulatory side of things is also easy, although it may require 60 votes in certain cases. The premise is simple: include bullets in the consumer product regulatory structure we already have. Just as we don’t allow consumers to purchase dangerous cars or toxic alcoholic beverages, so too should we not allow consumers to buy ammunition that doesn’t significantly mitigate the chance of injury and death.

This is not a new concept. Legendary Senator Pat Moynihan proposed stronger regulation and taxation of bullets, with fewer taxes imposed on the least deadly ammunition.

I am sure readers of all political backgrounds will disagree with much of the above analysis. Whether you think all gun control is folly or that taxing bullets is a suboptimal (if not crazy) approach, the beauty of America’s indifference to gun violence is being able to—at once—bemoan the tremendous loss of life while discounting each individual approach that could effectively reduce it. My only hope is that when the next Democratic Congressional majority comes, they pass as much as they can; however they can. Our collective ability to forget, dismiss, and never agree to an imperfect compromise is simply too great.

On Monday, Barack Obama called the mass shooting in Las Vegas “senseless.” I respectfully disagree. It is the demonstrated and natural outgrowth of our nation’s active policy choice of universal access to weapons and ammunition of mass murder. Under such circumstances, any person in America can conjure up any motive to kill one, two, or dozens of our fellow citizens.

The cure to this epidemic—like a childhood vaccination—is but a matter of choosing to collectively take the medicine. The only question is how many people must die before an impassioned minority forces the country to endure the syringe.

David Jonas most recently served as policy director to Tom Perriello’s campaign for Governor of Virginia.