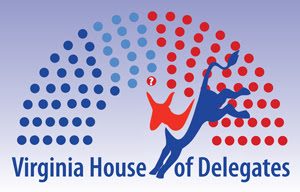 Congratulations – your impressive victory was a shot in the arm for US democracy, which lately has been limping quite a bit. You showed the power of ordinary citizens to rise up and take responsibility for your community and country.

Now comes the critical question: How will you govern? I’m writing today with one simple suggestion: take advantage of the extraordinary number of you just elected – 15 and counting, almost one third of the entire Democratic side of the House – and work as a bloc.

You have the opportunity, as the Class of 2017 Caucus, to spark a transformation of Virginia policy and politics – including of the Democratic party itself. To be sure, most of the time, I expect you’ll be working hand in hand with fellow Dems to accomplish our shared agenda – e.g., extending healthcare to the 400,000 deprived of it by GOP intransigence. Your caucus will overlap with others – yet will be an essential addition.

The exercise of power requires flexing the muscles that you have, and in your case that starts with your strength in numbers. Do not hesitate to demand that the House Democratic leadership expand to include the Class of 2017’s chosen representative. You represent a new chorus of voices – more diverse, more female, more progressive – that have rarely been heard before in Richmond, yet urgently need to be.

To take an important example, as another blogger noted recently, at least 13 of you refused to take any money from Dominion Energy, the most powerful vested interest in the Commonwealth. This fact alone opens the door to titanic change in Virginia – the potential to transform Richmond from a sleepy sanctuary for 19th & 20th century power sources like coal and oil into a clean energy dynamo that brings Virginia into the Regional Greenhouse Gas Initiative (RGGI) and allows us to compete for the industries of the 21st century. Pushing for action on legislation to ban members from accepting contributions from Dominion and other utilities also would represent a giant step toward a less corrupt, more competitive political system.

Please have no illusions about the obstacles you will encounter. You will all face pressure from members of the Dems’ own good ol’ boy network – like Sen. Dick Saslaw – to go easy on Dominion, predatory lenders and other major sources of dirty money in the Commonwealth – with the threat of your own campaign funds being cut off if you don’t. This is why it is so important for you to stand together – the likes of Saslaw may be able to intimidate one or two of you in the dark confines of his office, but it will be harder to beat all of you standing together.

There are, of course, many other issues on which Virginia can and must move forward, and I hope you will start meeting as a group soon to set that agenda – do not wait until the flash-in-the-pan General Assembly session, which is over almost as soon as it gets going.

You have gained the power – now it’s time to learn, on-the-job, how to use it. We’ll all be watching you – with hope, pride and all the support you need to bring a new day to the Old Dominion.

Stafford County NAACP Rips Republican School Board Candidate For Sharing “hateful bigoted memes” That Are “homophobic, transphobic, and Islamophobic in nature” ("We need school board members and leaders who stand for equality") https://bluevirginia.us/2021/10/stafford-county-naacp-rips-republican-school-board-candidate-for-sharing-hateful-bigoted-memes-that-are-homophobic-transphobic-and-islamophobic-in-nature

Tuesday News: “Yes, There Has Been Progress on Climate. No, It’s...