The following statement is from Nate Salzman, campaign manager for Ryan Sawyers’ VA-01 Congressional campaign, who has been subjected to a barrage of anti-Semitic attacks following Sawyers’ appearance on Fox “News” back on December 2 (during which Sawyers reiterated his assertion that Trump “acts like an idiot he should be called out for it”). Apparently, after that, a local white supremacist started tweeting about Sawyers’ campaign, and then other white supremacists piled on, zeroing in on the fact that Sawyers’ campaign manager (Nate Salzman) is Jewish. Following the statement by Salzman, check out some of the lovely tweets, etc. made by the white supremacists, neo-Nazis, etc. Yep, this is the world we live in during the time of Trump. As always, the answer is to expose this crap and to fight back against it, which is exactly what Ryan Sawyers and Nate Salzman have been doing.

Thomas Jefferson once said, “All tyranny needs to gain a foothold is for people of good conscience to remain silent.” Where is the consensus in the world of politics that Nazis are evil? The party of “family values” is turning a blind eye to violence against minorities in our Virginia communities. By refusing to condemn these hateful acts and these abhorrent views “moderate” Republicans legitimize and empower these extremists, and they are letting this hate grow and spread.
Working in a semi-public field as a Jew, I always knew that eventually I would receive some hate. Never did I imagine this hate would become a partisan issue. These Nazis are enabled by a President who says “there are good people on both sides” and empowered by “moderate Republicans” like Rob Wittman who weigh the political implications on being silent on NAZIS.
On many ideas and partisan issues, reasonable people can and should be able to disagree. On Nazis… there is only good and evil. I’m proud to work for Ryan Sawyers because he aggressively fights against the hate that enlivens these white nationalists.
The hate mail that I am sent every day motivates me to work that extra hour to show the world that we can make a stand against this ideology here in Virginia. I’m especially proud to be a progressive in 2017, and I can’t wait until we defeat hate in 2018. 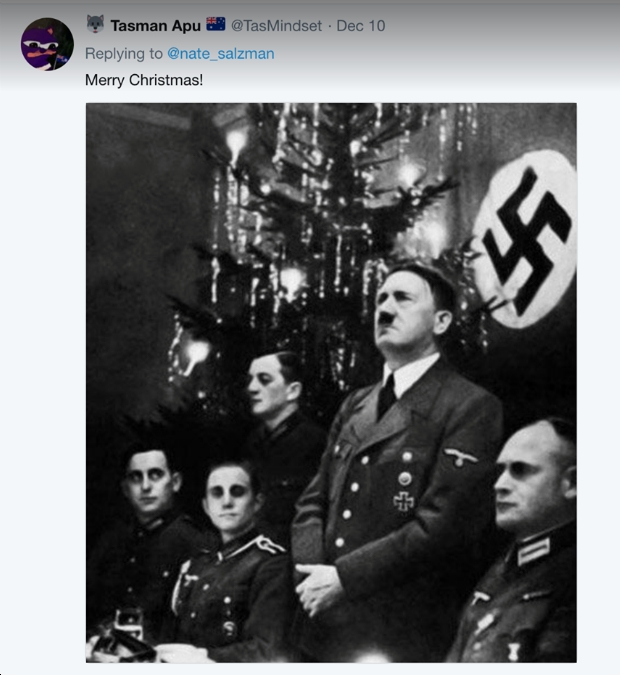 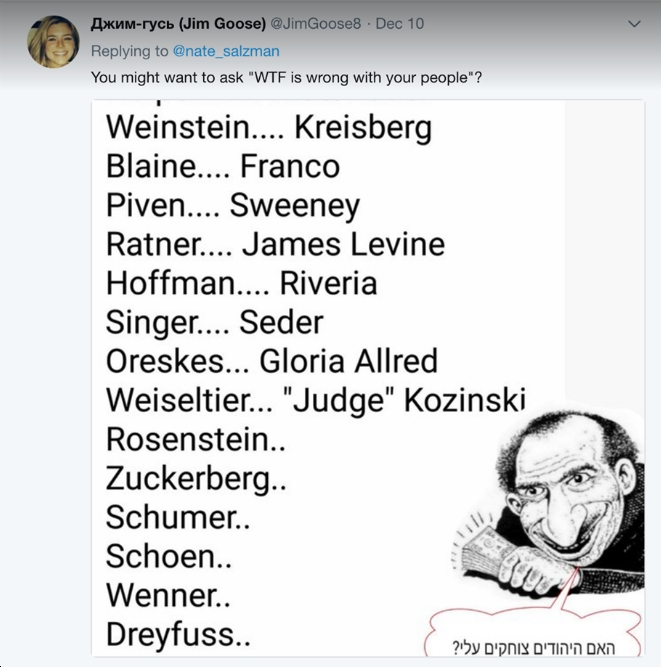 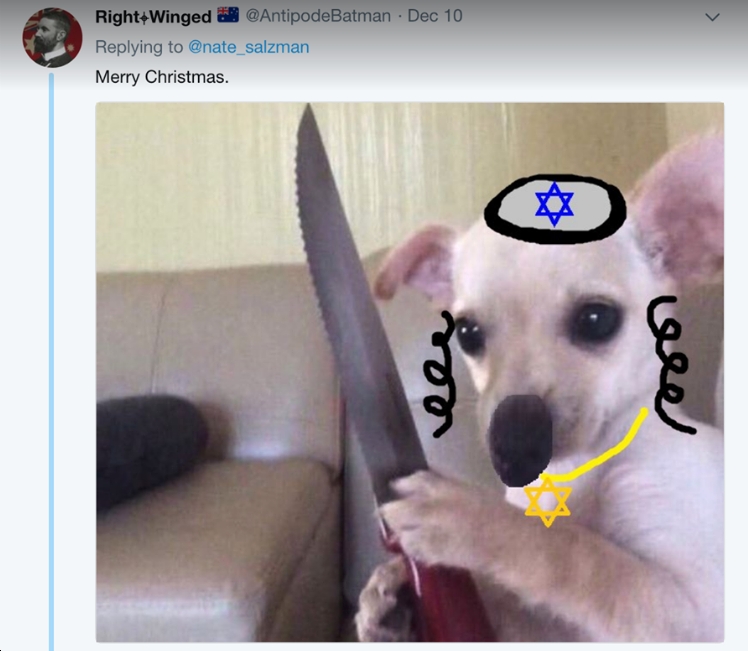 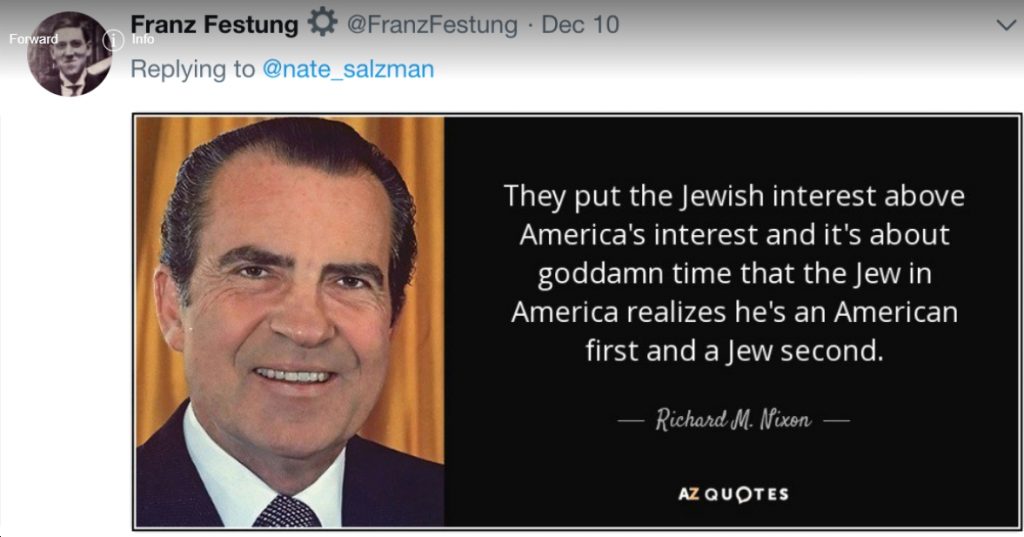 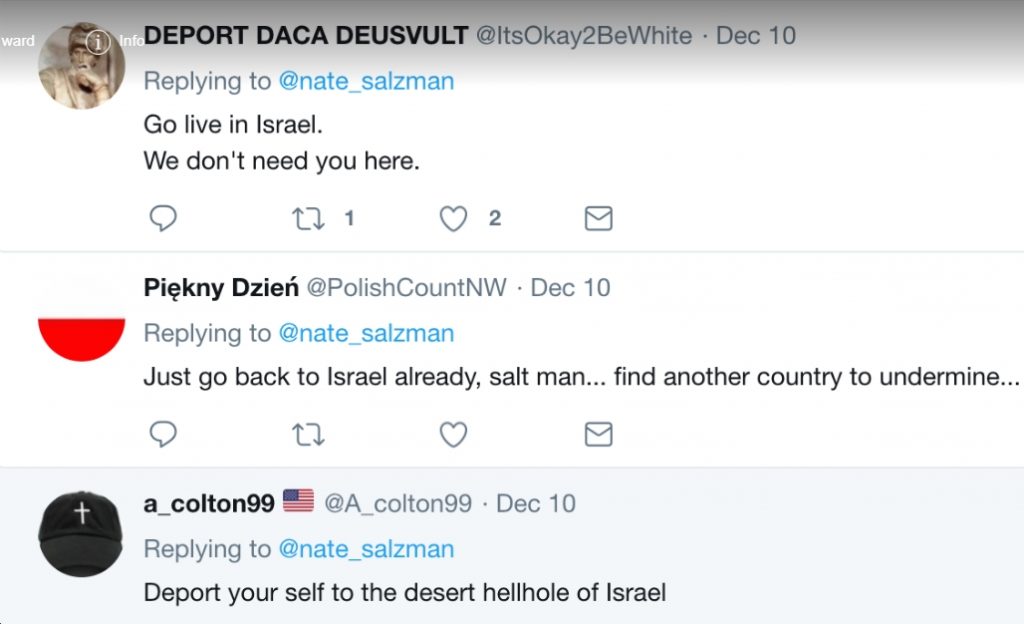 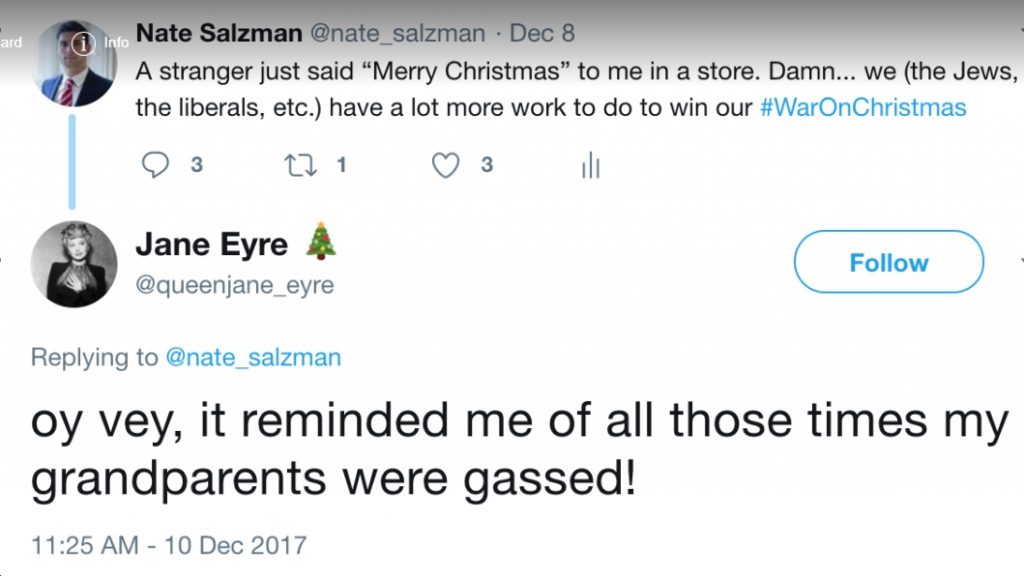 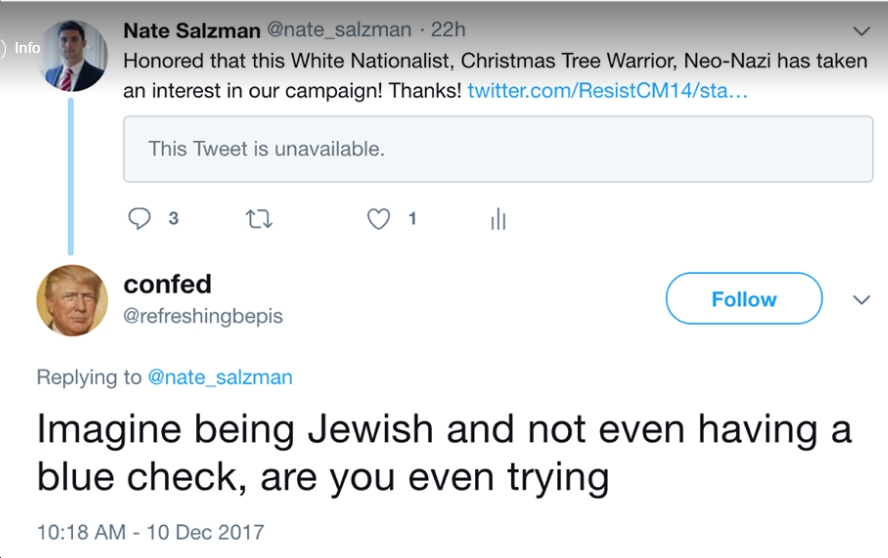 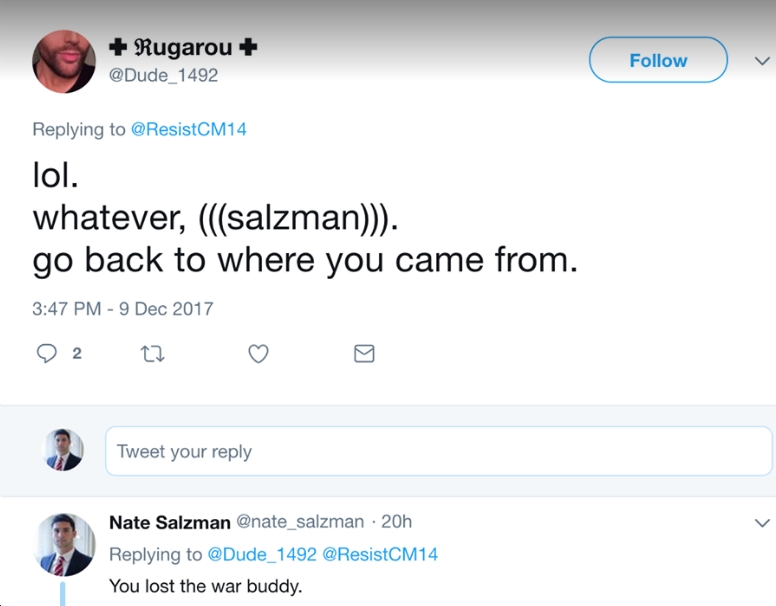