Del. Sam Rasoul’s clearly not messing around on this. He’s also 100% right – given that 2017 was the second-hottest year on record (with the five hottest years all having occurred since 2010) and given that we are in a major climate crisis, there’s no excuse whatsoever for adding new fossil fuel infrastructure. None. Nada. Nil. Zip. The end. Time to go 100% clean energy (solar, wind, energy efficiency, geothermal, tidal, wave, etc.), ASAP.  Thanks to Del. Sam Rasoul for proposing legislation that is desperately needed, even if it has no chance of passing right now, given Republican control of the General Assembly and Dominion Energy’s power in the state. Once both of those situations change, however, hopefully in 2019, it’s time to pass bills like this one. 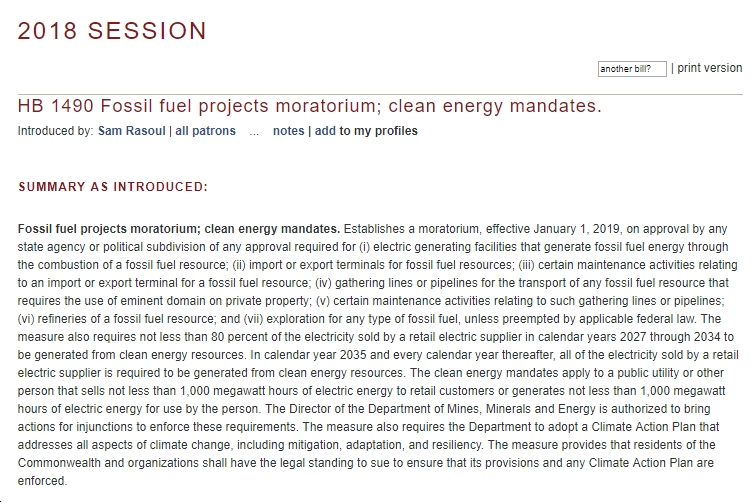