Virginia House Democratic Leader David Toscano spoke a few minutes ago (see video, below) on the Dominion Energy “rate freeze” legislation currently being discussed in the Virginia General Assembly. According to Leader Toscano, the State Corporation Commission (SCC) responded Monday to a bipartisan request for analysis of HB1558 and SB 967, both pertaining to regulation of Dominion Energy, grid modernization, goals for clean energy, etc, etc. According to Leader Toscano, the current “rate freeze” law, adopted in 2015, “didn’t necessarily work the way we hoped it would have.”

Now, in Leader Toscano’s view – and he’s 100% correct about all this, by the way – we need to figure out what to do going forward, including: 1) opportunities to consider base rate reductions (as Leader Toscano says, the current bills may very well be “worse than the 2015 rate freeze bill” – “the earliest date that Dominion customers’ rates could be reduced under the bills that were introduced would be 2025”); 2) scrutiny and determination of how much money should go back to ratepayers (right now, “we frankly don’t know and we’re not going to know unless somebody takes a really close look at the bill”); 3) restoring the SCC’s authority to conduct rate reviews; 4) making sure that grid modernization occurs with public scrutiny and oversight; and 5) “I hope that we will continue to push to transform the energy economy…[these bills] don’t go far enough” in growing wind and solar power in Virginia — “we can’t have a cap…we can’t miss this opportunity to send the market signals that matter.”

The bottom line, according to Leader Toscano (note that I agree with him strongly): “These bills have to change.”

UPDATE: See the SCC’s response below. 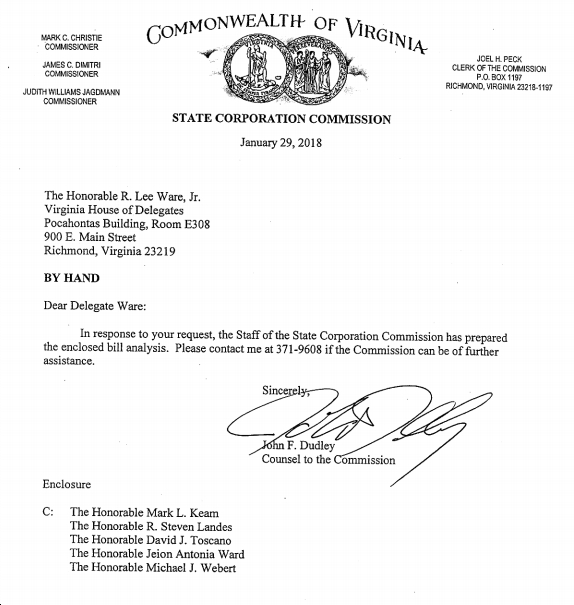 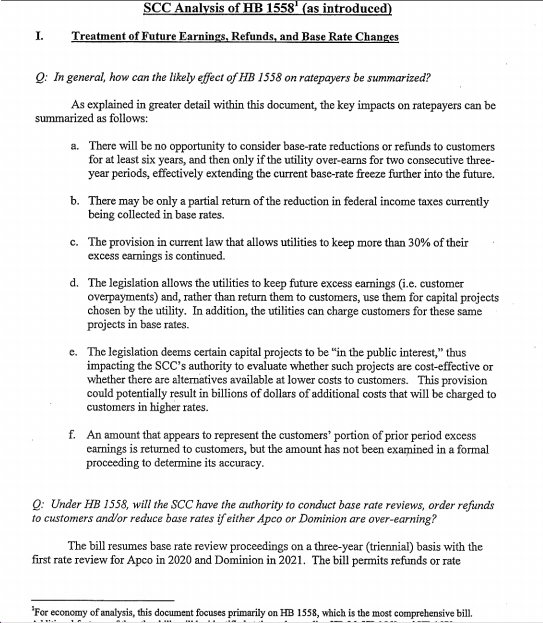 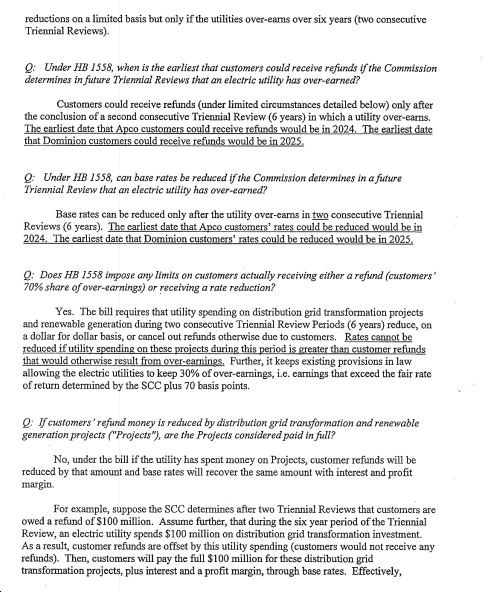 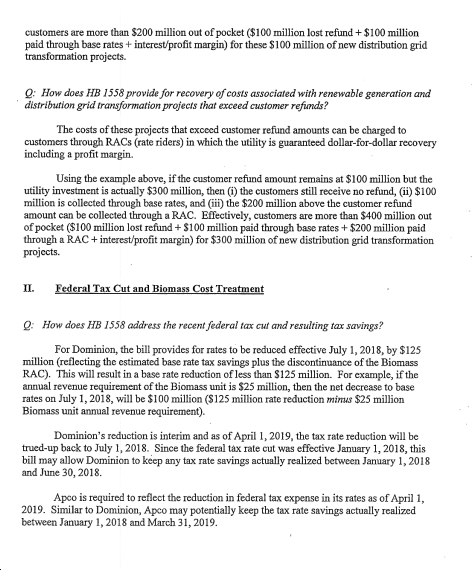 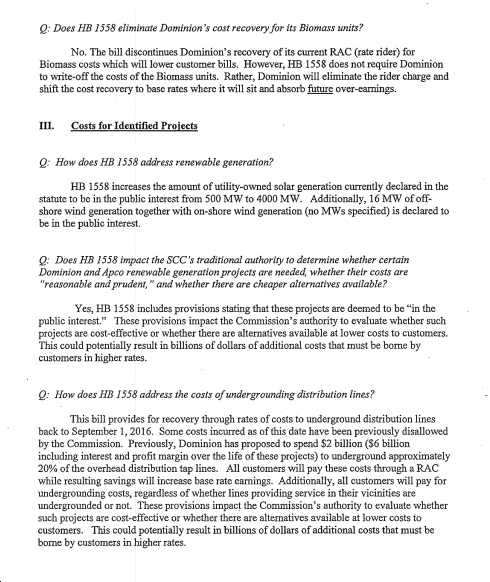 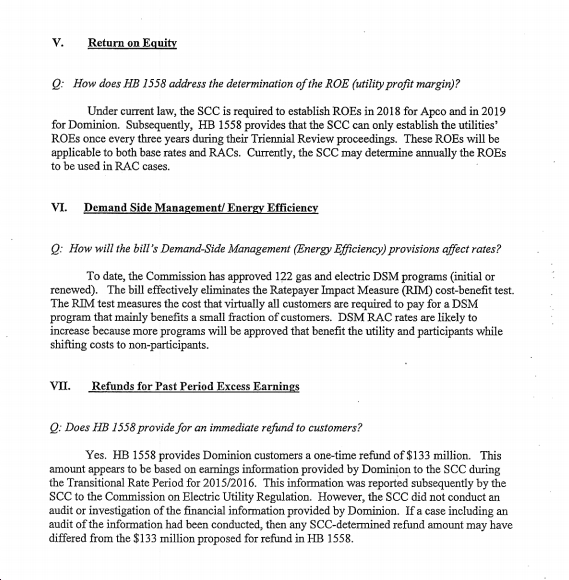 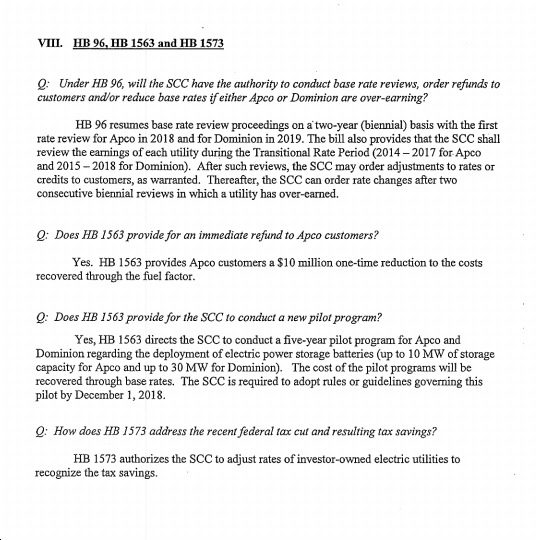