Disgusting and 100% unacceptable by animal abuse-supporting Virginia Republicans. If you care about animals, you should NEVER vote Republican – period.

RICHMOND, Va.: Delegate John J. Bell (D – Loudoun) patroned bill HB 646, which would prohibit the tethering of a pet during extreme temperatures or inclement weather. The bill died yesterday in the Agriculture Subcommittee.

“I’m appalled that the Republican Delegates on the subcommittee; Knight, Orrock, Poindexter, Morefield and Bloxom; would choose to leave voiceless animals out in the cold,” said Delegate John J. Bell. “My wife and I foster rescue dogs, and have seen time and time again how tethering hurts and sometimes kills perfectly innocent animals. I carried HB 646 because I believe that the voiceless animals need a voice in the Virginia General Assembly, and I will continue this fight until animals are protected.”

HB 646 would prohibit the tethering of a companion animal during temperatures below 32 degrees or above 85 degrees, during inclement weather, or while the owner is not on the property. 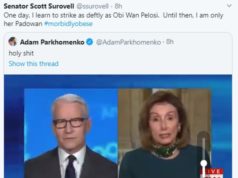 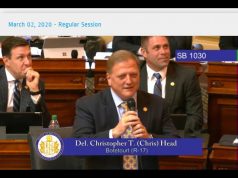