As hundreds of thousands marched yesterday – led by amazing, courageous, passionate, brilliant, inspiring young people – against the scourge of gun violence in this country, what were Virginia Republicans tweeting about? A lot of them either said nothing at all/silence or tweeted about mundane stuff like attending a Little League baseball game or whatever. But then there were a bunch, including the Republican Party of Virginia, leading Republican candidates for U.S. Senate, and the Virginia Senate Majority Leader who had…uh, stuff to say.

Check it out below, starting with the ever-entertaining-in-an-insane-kinda-way Corey Stewart, who almost defeated Ed Gillespie last year for the VA GOP’s gubernatorial nomination,, and now is running a self-described “vicious” campaign to take on Sen. Tim Kaine this summer/fall.

2A Rally in Roanoke @realdonaldtrump https://t.co/OH0vRZtsqX 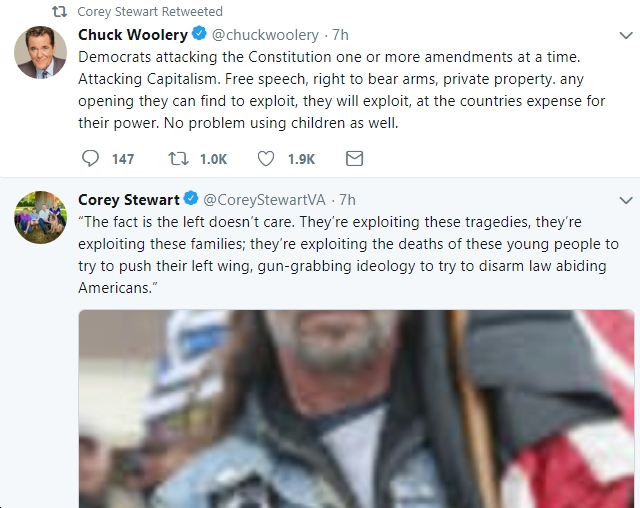 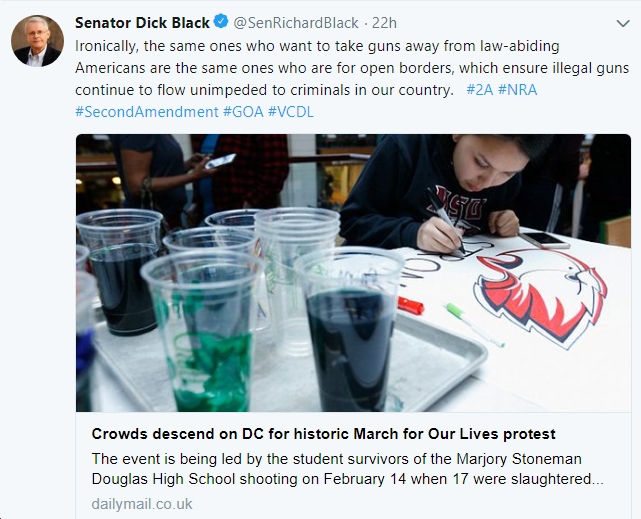 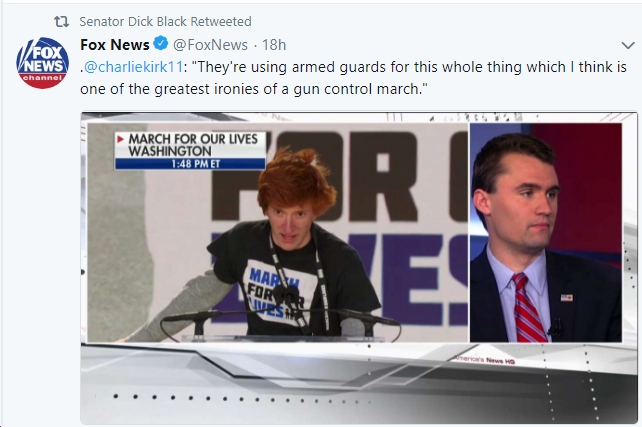 This one, by Rep. Tom Garrett (R-VA05), was actually tweeted out in the days leading up to the #MarchforOurLives, but it very much sums up the mindset of a lot of right wingnuts about how a woman’s right to control her own body is somehow equivalent to the epidemic of gun violence in this country. 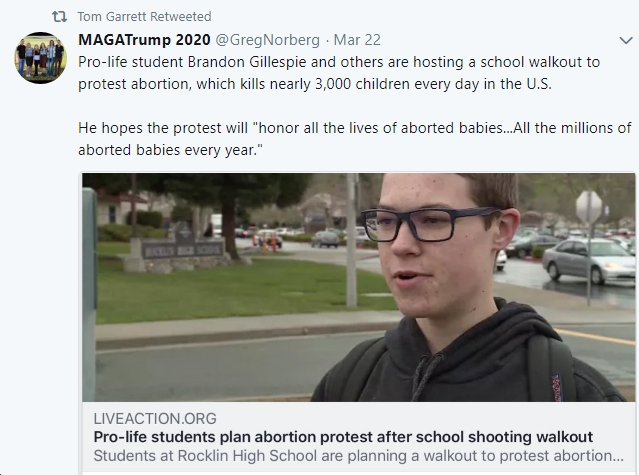 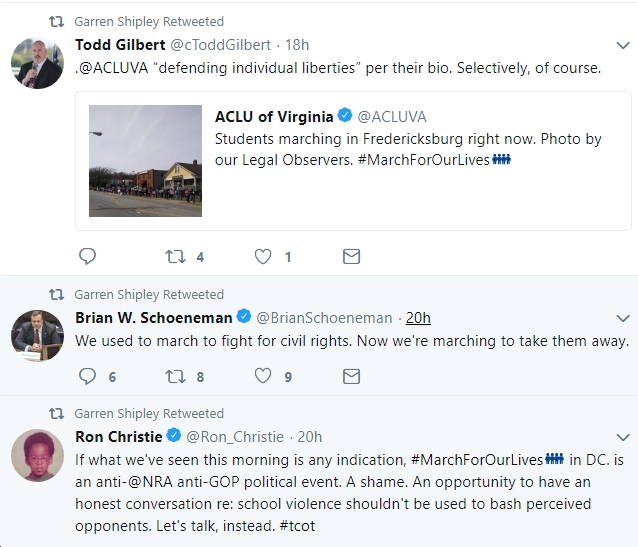 Long-time conservative blogger and 2011 Republican candidate for District 37 of the Virginia House of Delegates Brian Schoeneman chimes in with this gem. 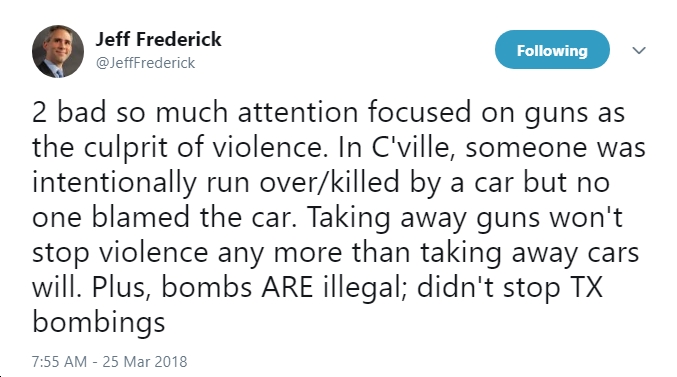