The economic case for Medicaid expansion is crystal clear. As is the case for improving the health of 400,000 Virginians. As an added bonus, the polling is heavily in favor of expanding Medicaid. So what’s left? See below for the moral case, presented by the Virginia Interfaith Center, which argues to Virginia legislators: “Your position in Virginia’s General Assembly means it is your moral responsibility to create and support legislation that uplifts human dignity. We call upon you to work with us to close the coverage gap and uplift the dignity of thousands of Virginians during the 2018 legislative session.” I couldn’t agree more. Let’s get this done!

The ads present the names of more than 600 clergy from around the state who favor drawing down the federal dollars that are already available for expanding Medicaid. These clergy members – including nearly 20 judicatory leaders – have signed a letter to state legislators calling greater healthcare access “a moral imperative.”

The ads also show individual senators how many people in their districts would be impacted by closing the coverage gap, numbers provided by The Commonwealth Institute:

Another ad expresses thanks Sen. Emmitt Hanger for his support of Medicaid expansion. The conservative from central Virginia has thus far been the lone voice among Senate Republicans supporting expansion.

A group of House and Senate conferees is working to find common ground in the state’s budget, work that was not completed by the time the General Assembly adjourned on March 10. Governor Ralph Northam has called lawmakers back into special session on April 11 to finish the budget work. He has repeatedly said Medicaid expansion is a top priority of his administration.

Gov. Northam has expressed confidence that Medicaid expansion would be a part of the final budget, calling it the right thing to do from both a moral and economic perspective.

A December poll showed that more than 80 percent of likely Virginia voters support an expansion.

After years of opposition, 19 House Republicans voted in support of Medicaid expansion in their version of the budget.

“We’re just trying to be political realists,” said Del. Terry Kilgore, who said add-ons like work requirements have made expanding the program more appealing for Republicans. “It’s here to stay, so Virginia has to make the best of a bad situation.”

This media buy is only one part of what has been a four-year effort by the Virginia Interfaith Center for Public Policy that has included town halls, meetings in districts and social media-based rallies.

The Center is Virginia’s largest faith-based advocacy group, a broadly diverse organization, driven through a love of God and neighbor to be advocates to advance public policies that better serve low-income, vulnerable, and underrepresented communities in the Commonwealth of Virginia. 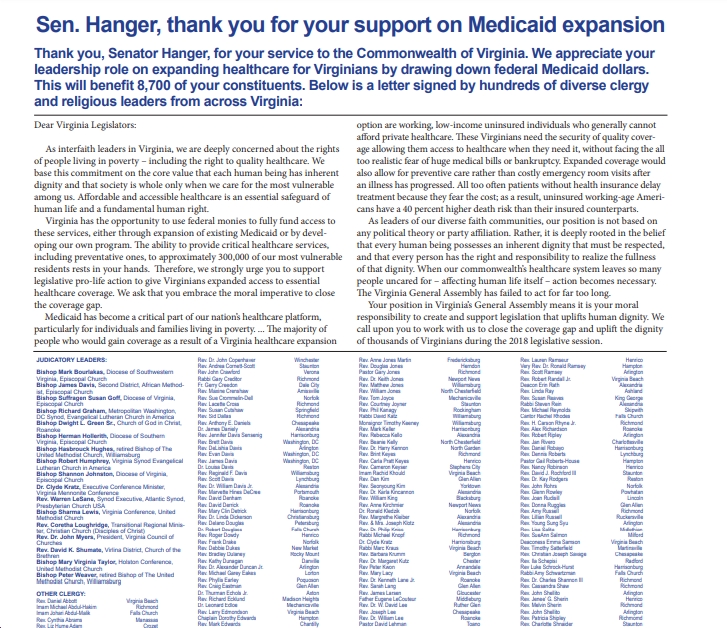 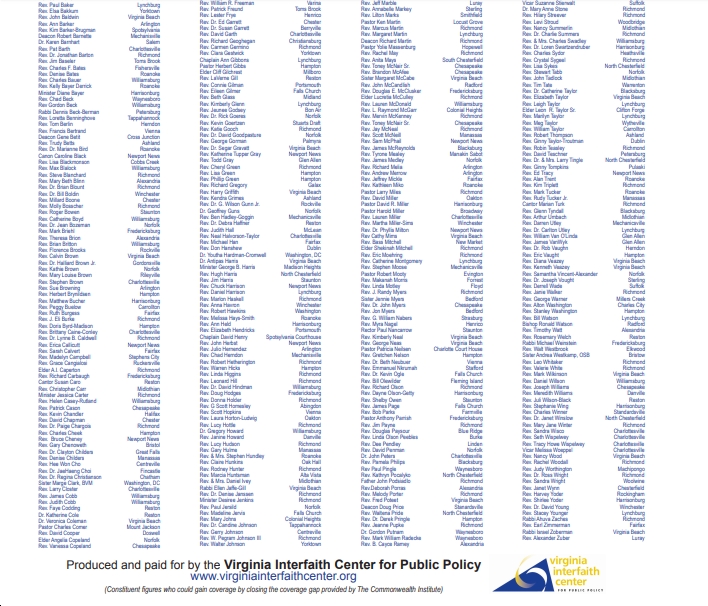 Friday Night Update from the ER in Arlington, VA: The “Tridemic” of “COVID, Respiratory Syncytial Virus (RSV), and Influenza all circulating at the same...

ER Nurse Kellen Squire Gives “a big “go **** yourself” to all of the performative concern about John Fetterman from people who lauded Herschel...