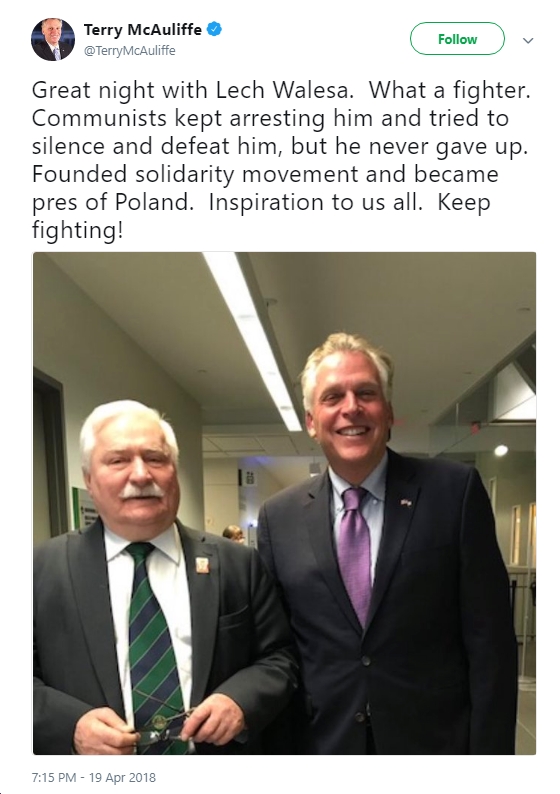 I think the best you can say about TMac here is that he is, as is so often the case, mostly clueless. Also, anyone who’s followed TMac over the years, as I have, knows that he will pose for a photo with literally anyone. Still, you’ve got to wonder whether TMac has any clue about some of the bigoted, nasty stuff Lech Walesa has said and done over the years. A few examples:

Now, of course, despite all his flaws – including the bigoted and noxious views listed above – Lech Walesa is no doubt a historic figure who did some great things (co-founder of the Solidarity trade-union movement,  a Nobel Peace Prize winner, President of Poland from 1990 to 1995). Still, you’d think that Terry McAuliffe, who clearly wants to run for U.S. President, might want to be a bit more circumspect about: a) who he poses for photos with; b) the praise he heaps upon them, presumably without knowing much/anything about their background. Just a suggestion, not that TMac will take it. 😉

“We lost a legend in Madeleine Albright”; “a trailblazer for women everywhere”; “a towering figure in American diplomacy”