First of all, let me just state that this doing a poll in early May 2018 of New Hampshire presidential primary 2020 is highly dubious, as we have basically no idea what things will look like by the time New Hampshire voters head to the polls in almost two years. Also, as Oliver Willis points out, “new 2020 poll in new hampshire shows new england senator is well known in new england, highlights ongoing stupidity of letting new hampshire and iowa control so much of the nomination process.” LOL 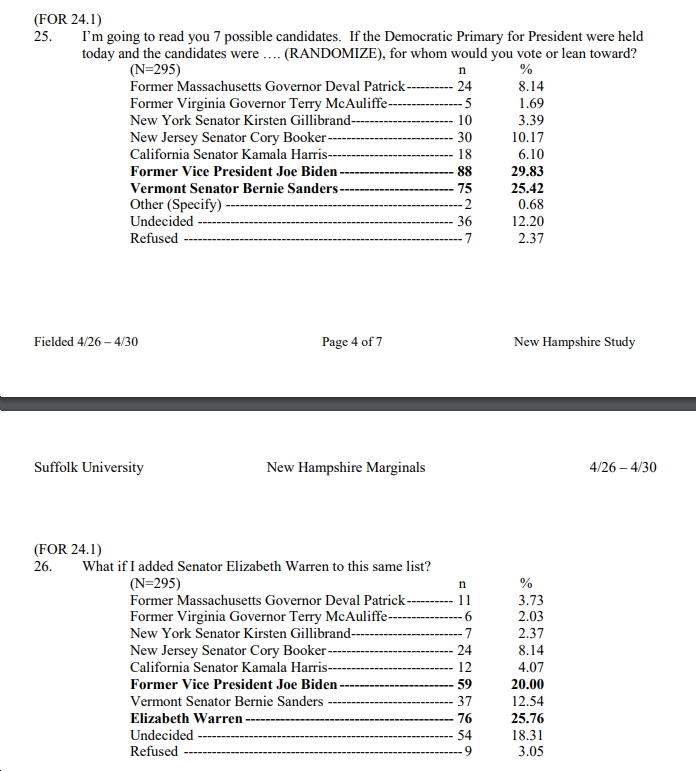