June 12 is primary day in Virginia 10 and it’s not just the Democrats that get to choose a candidate. Local crackpot Shak Hill is also challenging Barbara Comstock for the GOP nomination. The odds are against him, but as we said back in July of last year, Shak has a non-trivial chance of winning.

There is also ample evidence that Barbara Comstock is worried about the outcome of the primary. In the past several weeks, the Comstock campaign has looked increasingly desperate.

But the desperation doesn’t end there. Comstock has also been steadily professing her love for Donald Trump. Someone that she once said was “vile and disgusting”.

Even though Comstock finds Trump disgusting, she cannot win in November without the support of Trump’s minions. Her preference would be to quietly support Trump and pretend to be moderate this November, but her Republican primary means that she needs to drop the moderate facade and go all in on Trump. 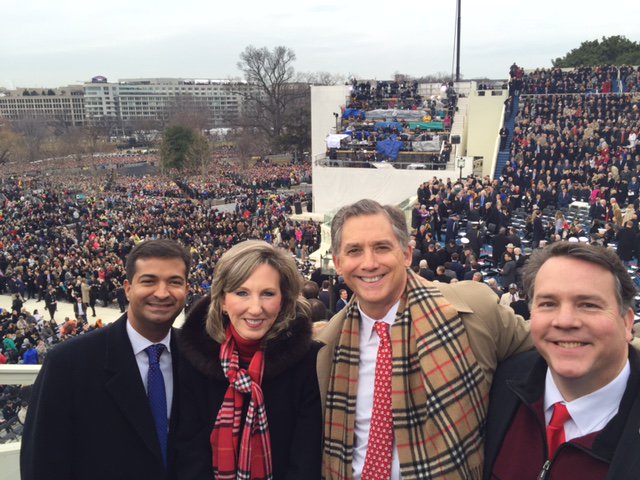 May God Bless President Trump and Vice President Pence and all of our leaders as we move forward in these challenging times. #Inauguration

Comstock then proceeded to vote for Trump’s extreme agenda 97% of the time. When she wasn’t voting in lockstep with Trump she was running to the White House to get her picture taken with him.

You got your picture taken w/Trump same day he signed the bill making it easier for the mentally ill to buy guns! https://dumpcomstock.com/comstock-missed-two-votes-to-take-picture-with-trump/ …

Comstock Missed Two Votes to Take a Picture with Trump

Comstock missed two votes in order to get her picture taken with a man she called vile and disgusting.

Comstock tried to explain this away by saying she always attends signing ceremonies when her bills become law. But it turns out that the day before she tweeted her explanation, she was getting her picture taken with Trump again – this time for a bill that had nothing to do with her. 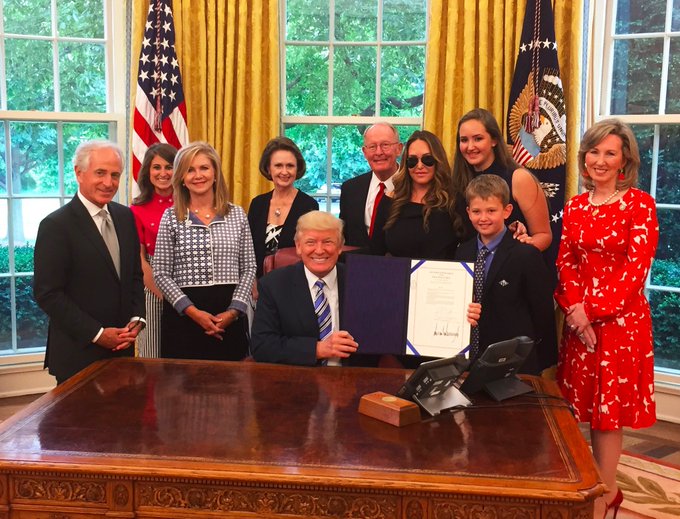 .@RepComstock had her picture taken with Trump … AGAIN … YESTERDAY! #VA10

As the primary approached, Comstock became increasingly nervous that she might lose the primary to Shak Hill. She sent out a four page mailer that bragged about her “A Rating” from the NRA and how she was endorsed by a radical anti-abortion group.

Does @RepComstock think #VA10 voters are stupid enough to forget about this mailer she just sent? #ExpectUs #CowardlyComstock

Sensing that she would need to do more than this to win Trump’s approval, she rushed to defend his honor on Twitter when a Democrat had the nerve to say that he was a threat to democracy.

“It’s an outrageous and offensive thing to say, and beyond the pale. In Congress, we have been standing with President Trump, on a bipartisan basis to strengthen our military, defeat ISIS and battle terrorism, and make the world safer….” CNN: https://www.cnn.com/2018/05/30/politics/democrat-trump-osama-bin-laden/index.html … #VA10 pic.twitter.com/ZL0XMX4SqJ

Which brings us to her latest mailer, where Comstock brags about how she is “Working with President Trump” 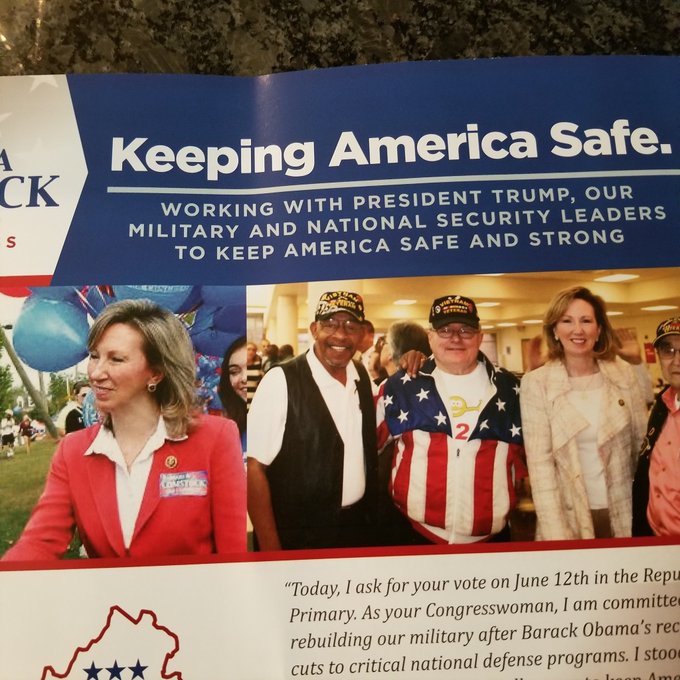